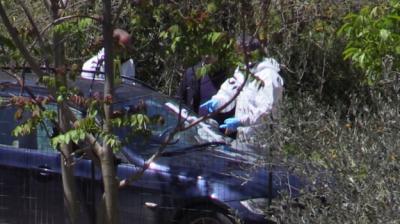 BELMONTE MEZZAGNO - A man with links to the Sicilian Mafia was found shot dead in his car mere metres from his house on Wednesday in a village 10 kilometres from Palermo, police sources have said.

Antonio Di Liberto, 49, sustained multiple gun wounds that proved fatal and was later found by police in his car after they had been tipped off by a phone call. A well-known accountant in Belmonte Mezzagno, Di Liberto was murdered a stone’s throw from the new house he had moved into with his wife and three children.

The victim, who worked as an engineer at a company with alleged links to the mafia, is the brother of former town mayor Pietro Di Liberto and cousin of Filippo Bisconti, who was arrested in an anti-mafia sting operation in December 2018.

Bisconti turned informant after his arrest, and the information he provided the police led to the arrest of seven people in January earlier this year. Among these seven were Leandro Greco, nephew of Cosa Nostra boss Michele, and Calogero Lo Piccolo, son of life-long boss Salvatore.

Investigations into the murder are still ongoing, but it is believed that Di Liberto’s link to informant Bisconti may be a key motivator behind the former’s murder.