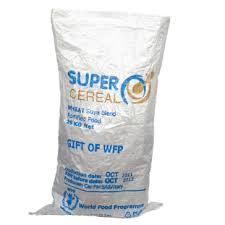 Distribution of UN's Super Cereal has been halted

ROME – The World Food Programme (WFP) has halted distribution worldwide of a fortified blended food from one of its suppliers to test whether it is related to outbreaks of illness in East Africa.

According to medical centres and hospital records, 3 people died and 293 were admitted to health centres in the Karamoja region of Northeast Uganda in March and April after eating Super Cereal. The product is used by WFP and partners to prevent malnutrition, especially among women and children.

In a press release, WFP explained: “the health and safety of the people we serve is our foremost concern.”

Investigations have so far failed to conclude what caused the illness. More than 2,400 food-related laboratory tests were conducted - including for mycotoxins, heavy metals, pesticides and microbial contaminants.

As suspicion fell on Super Cereal as a possible cause or carrier of contamination, WFP halted all distributions of the food, first in Karamoja and then across Uganda. They urged people in Karamoja with remaining stocks to return them. On April 9, WFP halted the distribution globally of all products from the supplier in question, putting on hold Super Cereal stocks in WFP operations in 25 countries.

WFP further ordered all stocks of Super Cereal from the same supplier to be secured in WFP warehouses and storage areas belonging to partners. Samples from the stock will continue to be tested.

In February 2019, WFP released a statement saying that some stocks of Super Cereal had failed to meet specifications, being too low in protein and fat. At the time however it was claimed there was no problem with the safety of the product.

This issue is unprecedented in its implications for WFP’s global supply chain. The food supplies on hold amount to over 21,000 metric tons, with an estimated replacement value of US$22 million.

Super Cereal is maize or wheat blended with soya beans, fortified with vitamins and minerals, processed into a flour and supplied in 25-kg bags and is a critical part of WFP’s efforts to prevent malnutrition and save lives.

The WFP is a UN branch based in Rome, which provides food assistance to over 90 million people per year.