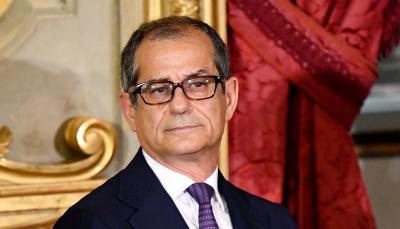 Italy has come under pressure in recent months for its lack of economic growth, and was chided by EU Commission president Jean-Claude Juncker in March when it transpired that the nation’s GDP was expected to buck European trends and fall 0.2 per cent this coming year.

This economic stagnation is, in turn, expected to cause yet further problems for Italy’s coalition government and its population.

Acknowledging the issues at hand, 5 Star Movement (M5S) leader Luigi Di Maio Thursday affirmed that they would be addressed but not with a resultant rise in VAT, a move that would directly contradict the M5S’ policies.

He went on to add that “there is a governmental accord, but more importantly there is respect for the Italian people.”

His words were echoed by Matteo Salvini, leader of the League, however the coaltion’s position directly contradicted that of Finance Minister Giovanni Tria.

Tria, of whom the M5S have been highly critical in recent months, this week stated that VAT was confirmed to rise in 2020-21, unless ulterior measures could be found to reduce public debt and increase GDP.

Leader of the opposition Nicola Zingaretti echoed Tria’s words: “Unfortunately the government, just as Minister Tria said, will raise VAT. There is no doubting this fact.

“Or if it doesn’t raise VAT, it will cut billions of euros from public services.”

A rise in VAT would likely be highly unpopular amongst Italy's populace, and with important European elections taking place at the end of May the coalition government will likely take all measures possible to ensure that it is not the public that directly suffers as a result of this recent economic decline.

Tria, though, was quick to assert that it was presently inevitable if Italy are to even start reducing the growing economic gap between them and their European partners.