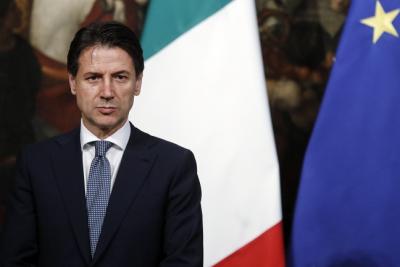 ROME - Italian prime minister Giuseppe Conte was set to hold a summit on the Libya's future in the Palazzo Chigi as the political and humanitarian crisis continues to thunder on in Tripoli.

Libya is currently in a state of crisis after General Khlaifa Haftar, leader of the nation’s eastern stronghold, marched on the UN-backed government based in Tripoli led by Fayez al-Sarraj.

It is thought that upwards of 9,500 people have already had to flee their homes as a result of the escalating tensions in Libya’s capital, while many more remain trapped in the cross-fire.

Amongst those in danger are the migrants in the Qasr Bin Gashsir camp which is situated directly between the two opposing factions.

“There is a risk of carnage in the Qasr Bin Gashsir migrant camp,” warns Michelangelo Severgnini,  founder of Exodus, a media platform that has been following the struggle of those in Libya for over a year.

“Five hundred migrants, children, women and men, have been without food and had access to very little water for six days now.

“They are women and men at the end of their strength, who desperately ask Europe to rescue them.”

Conte is eager to aid wherever he can in arriving at peace. Speaking on Thursday, the Italian leader said: “The latest developments in Libya, in particular the military escalation, is a cause of major concern for Italy, as it is, and must be, for the whole of Europe and the wider international community.”

“It is necessary to work towards a ceasefire,” he added before re-stating the vital importance of a sustainable political solution for Libya going forwards.