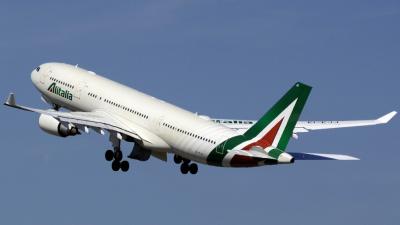 ROME - Delta Air Lines have confirmed that they will invest in Alitalia following months of financial uncertainty for the bankrupt Italian airline.

Alitalia was forced into administration over two years ago in 2017 when its workers rejected a proposal to reduce the company’s expenditure that involved cutting a number of jobs.

The Italian government refused to nationalise the carrier, and it has since been in a state of financial limbo.

However, Alitalia’s resurrection has been a key mission of the current Italian government since its formation in 2018. Plans have seen Ferrovie dello Stato Italiane, Italy’s state-owned rail company, and the Italian Treasury injecting funds into the airline to try and keep it afloat.

Delta’s move, which will see them take a 10 per cent holding in the company, follows weeks of negotiations and has now brought a fresh boost to the survival hopes of the company.

The injection of capital will help bring Alitalia closer to the 900 million euro target needed to complete its overhaul.

It is thought that Delta’s stake in the company will double after an initial four-year period, but for the moment it is likely that Ferrovie’s 30 per cent holding in Alitalia will have to rise to as much as 40 per cent as Delta’s initial investment is lower than had been foreseen.

Finances aside, Delta’s commitment will bring important industry expertise and connections to the Alitalia rescue project.

As of October 2018, Delta flew to 304 destinations across six continents and they will be crucial in helping Alitalia establish trans-Atlantic flight routes, an area in which the Italian airline had previously struggled.