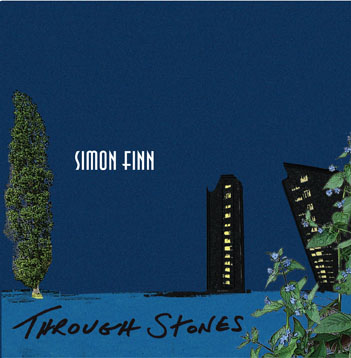 Through Stones can be brought from Simon Finn's website at http://www.simonfinn.co.uk/tentoone.html

“Through Stones” by Simon Finn. Ten to One Records.

ROME -- Whatever happened to folk music? In recent years, it has seemed that you can only be a folk musician if you are a hip twenty-something, living in London, probably signed to the label Communion.

Simon Finn's latest record is no Mumford and Sons imitation. Nor will you find the easy-listening numbers that brought Laura Marling to fame. What you will discover is a brand of folk music with a melancholy and occasionally slightly sinister streak, recalling British folk music as it was in yester year.

Finns' song writing is solid. The lyrics on Through Stones are definitely one of the strengths of the album – anything but formulaic, he tells strange tales of Ghosts with Green Thumbs, a modern-day Maid Marian and even provides a portrait of his own mother in Pamela Russel, a song written way back in 1971. That said, it is one of the simplest songs on the album.

Silver Tongue, also written at the beginning of the 70s, is one of the most powerful. It tells the story of ' “a very close friend” who got a little lost in a syringe’ without a trace of lyrical over-complexity or melodrama.

The album is not without its flaws, however. The obviously low production value does not allow the full talent of multi-instrumentalist and vocalist Julie Wood to shine through and on occasion Finn's own vocals are slightly lacking.

Including an improvised jam session on the final cut of an album is always going to be a gamble - and Live in a Barn shows exactly why. As a standalone track there is nothing wrong with it, but the overwhelming drums and guitars make it as loud, conspicuous and about as unwelcome in this album as Silvio Berlusconi in the chamber of the parlamento.

Why kill the mood? The traditional reel at the end of Pamela Russel, the delicate flute and fiddle on Naturally Broken, and the simple, aphoristic charm of Don't Play If Onlys – on which Finn's voice gains a hitherto unseen richness – create what can be best described as a nostalgic folk -fest to warm the cockles of your heart. If you want to taste a little of a long British musical tradition, this hand-crafted, home-spun record is very much for you.