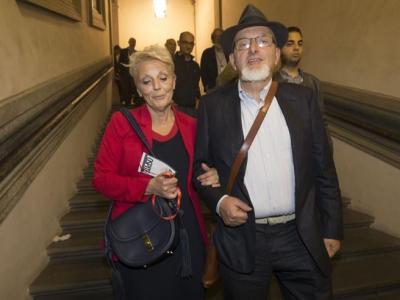 FLORENCE – The parents of former Italian Prime Minister Matteo Renzi have been placed under house arrest following a fraud investigation.

Tiziano Renzi and Laura Bovoli are facing accusations of fraudulent bankruptcy after two co-operative businesses collapsed and the issuing of false invoices.

According to Italian media, the pair was put under house arrest to avoid the destruction or manipulation of evidence.

In a Facebook statement, Mr Renzi, 44, who led the Italian government from February 2014 to December 2016, claimed his parents were being targeted because of his own political activities.

“If I hadn’t entered politics, my family would not have been buried under this mud,” he said.

“Those who read the documents and have a minimum of legal knowledge know that depriving someone of their personal liberty for something like this is abnormal.

“What’s more, those who know how things really are know that the documents do not say the truth. My parents, like everyone, have the right to a just trial and I hope a rapid one.”

Mr Renzi described the news as a “media masterpiece” designed to overshadow the 5-Star Movement vote on whether Interior Minister Matteo Salvini’s parliamentary immunity should be lifted in the Diciotti case.

“I have a lot of faith in the Italian justice system and so I am anxious to attend the trial,” he wrote.