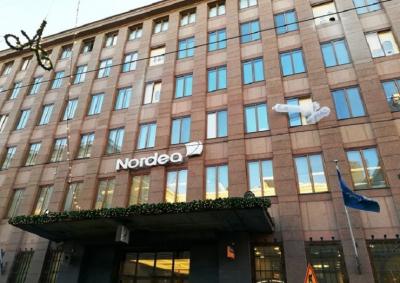 ROME - “The trade war, political uncertainty in Europe and tighter financial conditions are hurting economic development, and we have downgraded expectations for growth in the world economy this year and next,” says Nordea’s Group Chief Economist, Helge J. Pedersen. “In the Nordics, the focus is on higher policy rates and their likely impact on each country. The role of household debt and its effect on the housing market will not be trivial, and interest rate sensitivities pose downside risks to the Nordic economies, be it at varying degrees.”

The Swedish economy has gradually lost steam on the back of an uncertain housing market that has impacted investment and sluggish private consumption. Exports have also been slow, but will improve somewhat in coming years while a tight labour market has not yet translated into anything more than modest wage growth. Inflation has hovered around the two percent target, enabling the Riksbank to raise the repo rate by 25bp in December. When the effect of the SEK depreciation fades and energy prices stabilise, inflation will start falling by mid-2019. The Riksbank is only expected to hike rates again at the end of 2019, tracking an expected first move by the ECB.

The bank’s view on the Norwegian economy is largely unchanged despite financial market turmoil, lower oil prices and downward revisions to global growth forecasts. Mainland export growth may be lower, and slightly lower oil prices could dampen growth over time, but growth will remain relatively strong, partly driven by progress in the oil-related industries. Due to the more cautious monetary-policy line and a weaker growth outlook for key trading partners, Norges Bank will proceed more carefully than previously expected with its normalisation of interest rates.

The Danish economy had its worst growth rate last year since 2013 but as this was due largely to one-off factors, it doesn’t change the underlying picture of a sustained robust economic upswing. Even more encouraging is the fact that the upswing has not given rise to any economic imbalances. In the years ahead, growth will be driven mainly by increased household consumption and growing business investment. The outlook for exports is more uncertain, though, due to mounting protectionism and waning demand among several of key trading partners.

The outlook for the Finnish economy has worsened more than we expected in our previous forecast on the back of global uncertainty rippling out from Finland’s most important export markets. Export growth is expected to remain sluggish, but there are clear signs that residential construction in particular may even start to decrease after a number of years of robust growth. Continued positive developments in the labour market are expected to boost consumption which will be the main engine of growth in the coming years.