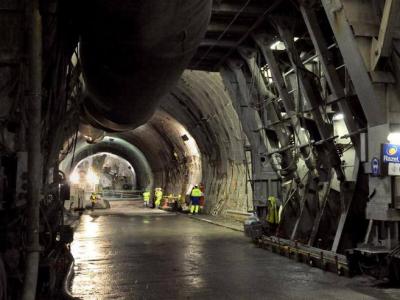 Italy's government faces dilemma of whether to go ahead with TAV

ROME – The European Union has warned Italy that it risks losing or having to repay euros 1.2 billion of European funding if it renounces the Turin-Lyon high-speed rail link known as TAV.

The EU has cautioned that Italy will have to pay back to Brussels TAV funding already assigned to the projectif a decision is not made imminently. The Italian government has said that it will decide whether or not to press ahead with the project when it has the new cost-benefit analysis that it has commissioned.

A Commission spokesperson said, “We cannot rule out having to ask Italy for the contributions that have been paid if there are prolonged delays,” reported Il Messaggero. “if the funds are not used, they could be allocated to other projects,” he added.

The project has split the parties of the ruling coalition and has raised the prospect of possible government collapse if the question is put to a parliamentary vote.The Five Star Movement (M5S) has long been against it, citing its cost and environmental impact. However, Deputy Prime Minister Matteo Salvini has said it should go ahead.

Transport Minister Danilo Toninelli even ridiculed the project and dismissed its worth stating, “Who cares to go to Lyon.”

On Monday, Brussels informed Rome that it awaits a definitive answer about whether or not the project is to go ahead by the first half of Feb., highlighting the imminentpossibility of a crisis for the M5S-League government.

If tensions continue and the issue ends up in Parliament, this would risk putting the two government parties head to head.