Vatican official resigns after ex nun accuses him of abuse 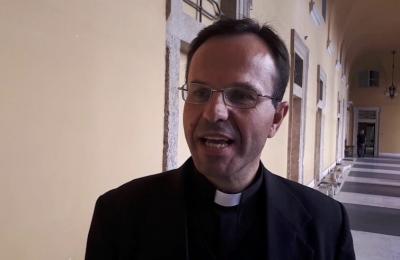 VATICAN CITY – A senior Vatican official who handled sexual abuse cases has resigned after a former nun accused him of sexually assaulting her a decade ago. According to the woman, in 2009 former Father Hermann Geissler raped and abused her during confession and then forced her to silence.

“I was a young nun and I was abused by a priest from the Doctrine of the Faith. It shocked me that my superiors did not do anything,” said Doris Wagner, 35, who opened a case in the Vatican after the organisation of a summit on internal abuse only a few weeks ago, Il Fatto Quotidiano reported.

Geissler, aged 53, immediately denied the accusations and has reserved the right to take any legal measures.

The accusation did however lead to the “spontaneous resignation” of the priest, chief of staff in the Congregation for the Doctrine of the Faith (CDF). The Congregation, known since its foundation in 1908 as Santa Inquisizione and later as Sant'Uffizio, pushed Geissler to resign to “limit the damage already done.”

Wagner did not limit herself to just accusing a single priest. She has in fact told of having known, only years later, that 30 per cent of religious women suffer harassment and that “the Curia has known it very well, for a long time.”

After the events of 2009, the former nun left the order in 2011 and in 2014 completed her theology studies in Germany. After the path of faith, she decided to marry and today has a son.

Wagner remains however very active in the religious field. She is in fact part of Voices of Faith, an association that fights to enable women to get to leading roles in the church.

“Father Geissler's resignation raises the uncomfortable question of whether the voices of the survivors are taken seriously only when they are heard in mainstream media,” said Voices of Faith's Advocacy Director Petra Dankova.

The goal of the association is that women and their defenders are “finally heard not only on TV and in the newspapers, but in the spaces of the real decision-making process in the Catholic Church,” added Dankova.

On Feb. 23 a world summit encouraged by Pope Francis will be held in the Vatican on the issue of sexual abuse against minors in the clergy.

“The failure of the ecclesiastical authorities to adequately address these repugnant crimes has rightly roused indignation and remains a cause of suffering and shame for the Catholic community. We have failed. We will eliminate this scourge at any cost,” said the pontiff last August.