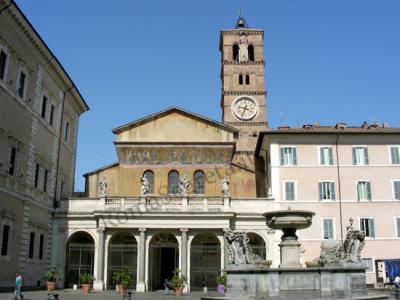 ROME - Volunteers of the Community of Sant'Egidio gathered hundreds of the Eternal City’s homeless in Basilica Santa Maria in Trastevere on Sunday to commemorate those have who died on the streets.

The 12 deaths on the streets of Rome since the beginning of winter are a real scandal for the capital, continually challenging authorities. Numerous volunteers who assist those living on the streets therefore gathered the homeless to stand in solidarity and participate in a ceremony promoted by the Community of Sant'Egidio.

The ceremony took place at 12.00 in Santa Maria in memory of Modesta Valenti, a woman who died 36 years ago at Termini station because, being dirty, the ambulance refused to take her to hospital.

Along with his, the names of many who have lost their lives on the street in recent years were read aloud. In memory of each person, a candle in front of the icon painted in honour of Modesta was lit, now becoming a symbol for many.

Over the years, a large solidarity movement has grown around the world, with many people of all ages visiting stations and other places where the homeless live, bringing food, hot drinks, and blankets.

The celebration in Santa Maria in Trastevere was in fact only the first in memory of Modesta. Many others will be held, in the coming weeks, not only in other districts of Rome, but in various Italian cities.