Thousands object to reopening of Italian embassy in Syria 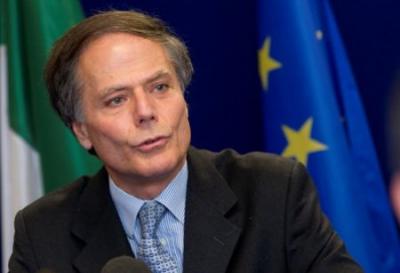 ROME - More than 4,000 people from all over the world have written to urge Italy to keep its embassy in Syria closed after Italian Foreign Minister Enzo Moavero Milanesi said that the government was considering reopening it. https://act.thesyriacampaign.org/letter/italy-normalisation.

Oppositions to this decision have argued that the embassy must remain closed to avoid the normalisation of a diplomatic relationship with a government accused of war crimes.

Italy had closed its embassy in Damascus in 2012 during the first years of the Syrian conflict, declaring itself alarmed by the “unacceptable violence perpetrated by the Syrian regime over its own citizens.”

Since that decision, the European Union (EU) has repeatedly imposed sanctions against the regime because of its multiple human rights violations and crimes against humanity. At present, the Syrian regime continues to kill civilians with air strikes, executions and torture.

Italy's announcement therefore comes at a time when thousands of families seek answers about what happened to their loved ones who disappeared in violence, while torture survivors demand justice.

Instead of joining other EU countries like France and Germany in the persecution of prominent members of the regime accused of war crimes and crimes against humanity, Italy has chosen to re-establish diplomatic relations with the Syrian regime.Milanesi’s decision thus puts Italy in a position opposite to the rest of the EU.

“It is very disturbing that a member state of the EU is even thinking of reopening its embassy in a country where extrajudicial killings and other war crimes are on the agenda,” said Bissan Fakih, Director of Campaigns at The Syria Campaign. “This not only contradicts the position declared by the EU against the Syrian regime, but creates a dangerous precedent for which a country can commit gross violations of human rights without any consequence,” she added.