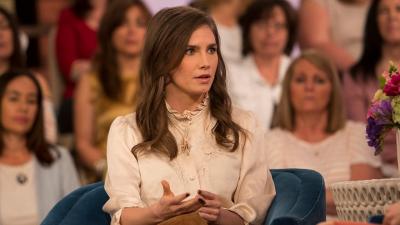 STRASBOURG – The European Court of Justice has ruled that Italy violated Amanda Knox’s right to defence when she was questioned in 2007 about the murder of Meredith Kercher, ordering the state to pay Knox 18,000 euros in damages and legal costs.

Knox, alongside former boyfriend Raffaele Sollecito, was accused and convicted, then later acquitted, of the murder of her British flatmate in Perugia on Nov. 1, 2007.

“The Court took the view that the Italian Government had not succeeded in showing that the restriction of Ms Knox’s access to a lawyer at the police interview of Nov. 6, 2007 at 5.45 am – when there was a criminal charge against her – had not irreplaceably undermined the fairness of the proceedings as a whole,” a statement from the Court read.

After the decision, Knox was quoted as saying she hoped it would be “the last legal affair linked to this story.”

Though agreeing that her defence rights had been violated, the Court also said that “it did not have any evidence to show that Ms Knox had been subjected to the inhuman or degrading treatment of which she had complained.”

Knox had claimed that her and Sollecito had endured “psychological abuse and torture” during their four-year imprisonment for Kercher’s murder.

The American’s lawyer Carlo della Vedova said that his client’s conviction had been “the biggest mistake for 50 years in Italian judicial history, particularly considering the media clamour aroused by the affair.” “Huge damage was done to this girl,” Vedova added.

In separate court proceedings, Rudy Guede was convicted of the rape and murder of Kercher, and is currently serving a 16-year sentence.