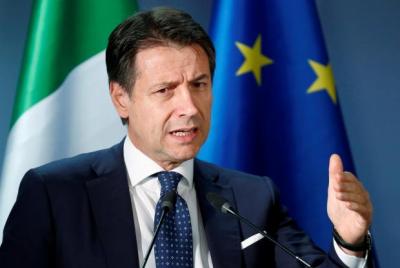 ROME – Italy has finalised a budget agreement with the European Commission after months of negotiation, avoiding economic sanctions.

Italy’s target deficit, a huge sticking point in previous negotiation attempts, will be reduced from 2.4 percent of GDP to 2.04 percent, as European officials voiced their concern over its effect on Italy’s 2.3 trillion-euro debt, the second-highest in Europe.

Narrowing the deficit meant delaying a number of spending measures that were in the pipeline. The Five Star Movement’s basic income programme, for example, will not be rolled out for a number of months.

Prime Minister Giuseppe Conte told the Italian senate that the compromise was a win-win situation. “We can say in conscience that we have realised in full the wishes of our citizens, demonstrating determination in the economic politics of the government,” he said after returning from negotiations with Brussels.

Interior Minister Matteo Salvini voiced his support for the deal Conte had struck, saying he had negotiated “with competence, seriousness and firmness.” “To have avoided the infringement procedure is the victory of common sense for the good of Italian citizens,” the League leader added.

Vice-president of the Commission Valdis Dombrovskis said that the agreement “still raises concerns.” “Let’s face it,” he wrote on Twitter, “the solution on the table is not ideal. But it allows us to avoid an Excessive Deficit Procedure at this stage, provided that the agreed measures are fully implemented.”