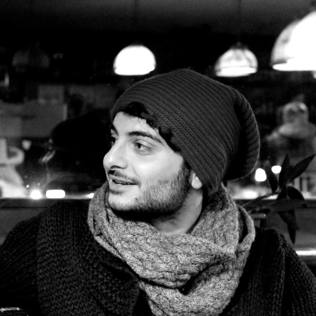 Photo credit: Corriere. Picture of Antonio Megalizzi, the journalist who is reportedly fighting for his life after being injured in the Strasbourg attack

ROME - Italian radio journalist Antonio Megalizzi, who was critically injured in the Strasbourg attack on Tuesday night, has died in hospital. It was reported on Thursday that surgeons were unable to operate on him "due to the position of the bullet, which reached the column at the base of the skull, near the spine." Antonio was hit in the head by a bullet during the Christmas markets shooting.

Moresco, the father of Antonio's girlfriend, provided reporters with an outline of Tuesday's events shortly after the incident occured. “The two girls who were with him managed to get away. They lost sight of Antonio because he was on the ground,” he said. Megalizzi had been working for Europhonica, a radio news organisation covering the European Parliament in Strasbourg, in the months leading up to the attack.

The Rome Public Prosecutor’s Office has opened an investigation to examine the offences committed, and uncover whether or not the attack was linked to terrorism. The gunman allegedly shouted “Allahu Akbar”, the Arabic translation for “God is greatest,” as he opened fire.

According to reports, four people were killed in the incident, and once person was left brain-dead. A further eleven people have been wounded, five seriously.

The attacker, who has been identified as a 29-year-old man called Chérif Chekatt, caught a taxi immediately after the incident. Armed with a gun and a knife, he reportedly yelled at the driver that he had killed ten people and fought soldiers as they were driving out of the city.

In response to the attacks, Prime Minister Conte posted on Facebook, “in Strasbourg, the seat of many European institutions and a place that is symbolic of a united Europe, a cowardly attack has taken place ... it has caused the deaths of defenceless and educated citizens who were enjoying themselves at the Christmas markets.”

Salvini tweeted that a prayer “isn’t enough.” He added that he is committed to eliminating terrorism.