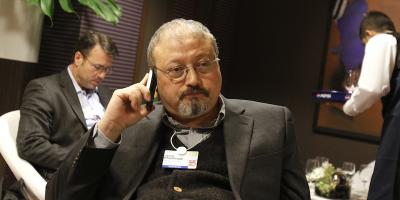 ROME – An Italian technology firm, the Milan Hacking Team, is suspected of providing the Saudi Arabian government with the spy software used to follow Jamal Khashoggi, the journalist murdered in the Saudi consulate in Istanbul, Il Messaggero newspaper reports.

According to American journalistic sources cited by Il Messaggero, the Milan-based company, run by David Vincenzetti, sold a variety of surveillance equipment to the Mohammed bin Salman regime, which was used on both terrorists and political dissidents, such as Khashoggi.

The relationship between the Saudi government and the company reportedly dates back to 2015, when the Hacking Team was presented with a proposal by a government official to form a “long-lasting strategic partnership” with Salman, culminating in the sale of software capable of controlling Android phones.

The figure behind this proposal, named as Saud-al-Qahtani, was one of two men accused by Turkey of being instrumental in the murder of Khashoggi on Oct. 2. Al-Qahtani also reportedly bought shares in the Hacking Team on behalf of Salman. In fact, 20 percent of the company’s shares are allegedly in Saudi hands.

Documents released by the whistle-blower Edward Snowden in recent years suggest that the Saudis had an Israeli spyware system implemented and it is acknowledged that there is, as of yet, no concrete evidence of the claims against Vincenzetti’s company. However, the deep-rooted connections between the Hacking Team and Riyadh are hard to ignore, Il Messaggero reported.