Bullet marks breakthrough in hunt for Monster of Florence 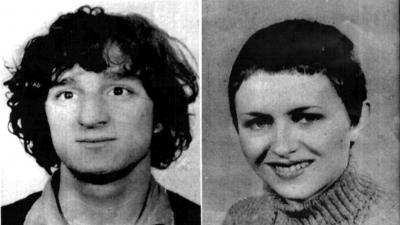 ROME – Developments in the quest to find the Monster of Florence have been few and far between for some time. Yet over thirty-three years after the killer committed his final homicide, evidence has emerged that could reveal his true identity.

A bullet has been found in the cushion of French couple Nadine Mauriot and Jean Michel Kraveichvili, who were murdered in 1985. It dates from the year they were killed and has been given to a special consultant tasked with verifying whether it was shot from a Beretta cal. 22 or another gun.

According to a report by Il Messaggero, the discovery underlines the superficiality of investigators’ crime scene examinations, for the cushion had been sitting in the couple’s tent on the night of the murder. In response to the discovery, forensic expert Edoardo Franchi declared, “no fewer than four or five years ago, it was revealed that a bullet was missing from the crime scene, and that it could have been in a cushion in the couple’s tent.”

Investigators have insisted that the cushion is in better condition than all other evidence extracted from the Monster of Florence’s murder scenes. It is being examined by modern technological equipment that was not in existence 33 years ago.

The Monster of Florence is the name used by the media to identify a series of eight double murder cases that took place in the province of Florence. The killer consistently targeted amorous couples who were out alone. He would shoot them with a Beretta cal. 22 and then mutilate the female victim’s sexual organs with a knife.

Mauriot and Kraveichvili, the Monster of Florence’s final victims, were killed on the night between the 7th and 8th September 1985. Mauriot was stabbed and shot to death while sleeping in their small tent in a woodland area near San Casciano. Kraveichvili was killed while trying to escape.

In 1997, Police concluded that all killings were committed by a Satanic cult led by farmer Pietro Pacciani, a former rapist and murderer. His friends Mario Vanni and Giancarlo Lotti were accused as accomplices, alleged to have committed the murders to gain power from their victims’ reproductive organs during cult rituals. Pharmacist Francesco Calamandrei was accused of leading the Satanic cult in Jan. 2004, though was acquitted of all charges in 2007 due to lack of evidence.

The group in charge of the investigation was dissolved in 2007. They had been harshly criticised for their accusation of journalist Mario Spezi, who they allegedly wanted to silence due to his criticisms of the trial. It is strongly suspected that the true killer was never identified.

A new investigation was recently instigated into the homicides by Assistant Prosecutor Luca Turco, prompting investigators to hunt for more evidence.

It is currently unknown whether or not the bullet’s discovery will produce any results. Although the public prosecutor’s office has yet to disclose whether it has advanced the investigation, investigators will without doubt be able to ascertain which model of gun was used in the homicide.