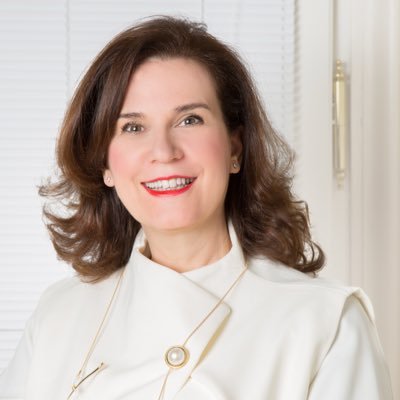 ROME - The Honourable Cristina Rossello, president of ‘Progetto Donne e Futuro’, discussed Europe’s “second industrial revolution”, fake news and the importance of building bridges between different cultures in an interview at the British Ambassador’s Residence Monday. Rossello is a member of Forza Italia and represents Lombardia 1.

She spoke during an event entitled ‘Women in Tech’, which focused on the issue of female underrepresentation in technological industries. It was revealed at the conference that only 17 percent of people currently working in the tech industry in the UK are women, and only seven percent of students taking computer science at A Level are women.

‘Progetto Donne e Futuro’ rewards young, talented individuals who deserve to be placed on the fast-track to the employment world. They receive scholarships and are enabled to start a tutoring and mentoring program.

Q. How important is it, in your opinion, to give young women female role models to look up to?

A. Female role models are extremely important at the moment, especially those who are talented, because they can inspire younger women to take on leadership roles. Society is undergoing a second industrial revolution, in Italy as well as in other European countries, from both an economic and a financial perspective, but industries aren’t making the most of all talent available. If Italy wants to play a leading role on the world stage, as it used to in the past, it is really important that we quickly develop special paths to educate people in the fields of technology, economics and finance.

Nothing has been done to deal with the lack of diversity in the workplace for many years now. It is a very prominent issue, and must be resolved. ‘Progetto Donne e Futuro’ plays a very important role. We started the project ten years ago, because we felt it was necessary to support the younger generation and offer education paths that are easily accessible. Young people must be educated in order to take on high-flying careers.

Q. Do you think the media plays a positive or negative role in targeting the issue of gender inequality in the workplace?

A. We have thought a lot about technological instruments, and they are being used in a different way now from how they once were. We must remember that, as Umberto Eco once said, media gives everyone in society - from the biggest idiot to the most cultured person - the same right to express their views.

Communication is changing – especially in light of “fake news” – as is the acquisition of information. We aren’t ready for these great changes, particularly in Europe.

This is a topic which we are thinking about, but that we have also decided to distance ourselves from. People are cynical about media stories, and are beginning to recognise fake news. Society will come to realise that true leaders don’t utilise mass media. Mass media simply reports on the actions of true leaders.

This is a process we are trying to follow, both financially and economically. Technology will accompany the process.

Q. How important is the role of education in increasing female representation in the workplace?

A. This is an issue of great importance to us. We have done a lot of research that has given us a greater insight into it. We need to create different education paths for people, and we can learn from examples set by people of other nationalities; of course British people – for we are at the British Embassy today – but also Russian people, French people. We must build bridges with these cultures. We can do so through technology, and different education courses.