Finnair to add holiday destinations for 2019 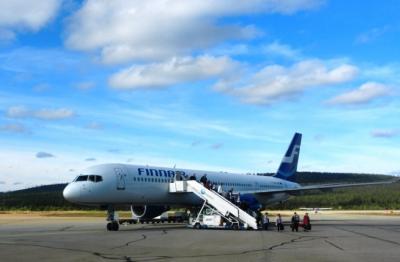 ROME - Further strengthening its summer holiday deals for leisure customers, Finnish airline Finnair will open three new routes to Bologna, Bordeaux and Porto for the peak summer season in 2019. In addition, capacity will also be added to popular summer destinations.

Finnair will fly up to three weekly flights to Bologna, Italy, between April 10 and Oct. 18. Bologna is well known for its gastronomy and wine scene. In addition, the city is an easy gateway to several other popular Italian cities and regions. Some of the flights will offer excellent connections for customers traveling to and from Finnair’s Asian destinations.

Bologna, capital of Italy's northern Emilia Romagna region, has two curious nicknames: the fat and the learned. The fat, for its rich culinary treasures, famous all over the world, such as tortellini and tagliatelle. The learned for the long history of its university, the oldest continuously operating university in the western world, today attracting thousands of students to the city.

Finnair will fly up to two weekly flights to Bordeaux, France, between May 11 and Sept.14. Often referred to as the wine capital of the world, Bordeaux is also recognized for its food and wine scene as well as its historic center which is listed on the UNESCO World Heritage List.

Finnair will fly two weekly flights to Porto, Portugal, between June 21 and Aug. 12. Located on the coast of Northern Portugal, Porto is Portugal’s second largest city and it is the famous home of Port wine. This route opening follows the successful launch of flights to Lisbon in 2018.

All three new routes will be operated with an A319 aircraft.

“We are very pleased to be able to offer these three new routes for leisure travelers next summer,” says Juha Järvinen, Chief Commercial Officer at Finnair. “The three cities and surrounding areas have plenty to offer our customers and we fully expect the routes to be popular with food enthusiasts as all three regions are superb culinary and wine regions.”

Finnair will also add capacity to some of its popular leisure destinations. During the peak summer season, an additional weekly frequency will be added to Alanya-Gazipasa, Palma de Mallorca, Split and Tel Aviv. In addition, Finnair will also fly an additional triangle flight to Lapland on Wednesdays between Helsinki, Ivalo and Kittilä from April 24 to Oc 23.