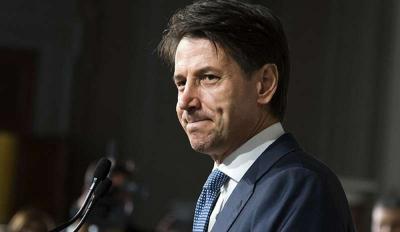 ROME – “I want to explain the budget to the European Union,” Prime Minister Giuseppe Conte told reporters at the Foreign Press Association on Monday, in response to reports that the European Commission will request a revision of Italy’s draft budget on Tuesday.

Widespread concerns over Italy’s 2.3 trillion-euro debt have been far from alleviated with Conte’s plan to pursue a programme of government spending. Italy’s proposed budget aims to lift the deficit to 2.4 percent of domestic output next year, up from 1.8 percent in 2018, the figure that has been the largest point of contention between Conte’s government and the EU. “2.4 percent is the upper limit,” Conte assured, and is also willing to “consider containment during implementation of the budget.”

Amongst a tirade of questions on Italy’s upcoming budget review by the EU, Conte was also questioned about the character of Deputy Prime Minister, Matteo Salvini. “In the many conversations, discussions and arguments that I’ve had with Salvini, I have never heard or seen any sign of xenophobia or racism,” the Prime Minister said, adding that “Italy is one of the most open countries in Europe.”

Conte criticised the apparent “prejudice” about his financial plans coming from certain quarters of Europe, a probable reference to the comments from the European Commissioner that Italy’s budget would not be in line with EU guidelines. “If an EU commissioner tells me before the letter [outlining the draft budget] arrives that this budget will be rejected, I say that is prejudicial, and unacceptable from someone who represents an institution” like the EU, the Prime Minister told the Foreign Press Association. Whoever from the Commission “has anticipated the decision” on the budget “has given their personal opinion, but when you represent an institution, personal opinions should not be expressed,” he continued.

Yet, though the relationship between Europe and Italy has not been helped by these budget disagreements, Conte unequivocally ruled out a repeat of Brexit. “Read my lips,” he said, “for Italy there is no chance of ‘Italexit’, no way to get out of Europe, out of the Eurozone.”