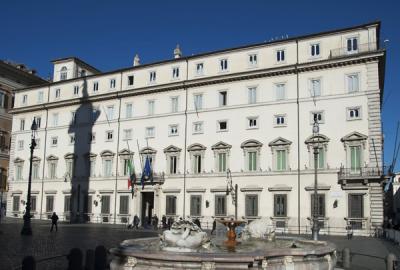 ROME - On Monday evening, Prime Minister Giuseppe Conte and Minister of the Economy Giovanni Tria met at Palazzo Chigi to discuss next year’s budget. Although the aim of the summit was to define financial ambiguities, it unveiled much tension between the 5-Star Movement and the League. Given plans to present the budget to the Council of Ministers just one day later, details were discussed in great depth.

Much of the discussion was centred upon the fiscal decree, a separate law linked to the budget. Ministers were undecided about how high the tax-amnesty threshold should be, although agreed not to lower it to below €3500 a month. They also discussed whether a cut to so-called ‘golden pensions’ should be attached to the measure. Deputy Prime Minister Luigi Di Maio did not attend the meeting, raising suspicions of tensions between the parties over the decree.

The budget will also raise the deficit to 2.4% of its GDP, and will include the implementation of a universal income, which Di Maio has claimed will favour “around a million babies."

Moreover, the government are intending to relaunch the struggling Alitalia airline. In an attempt to reassert its national identity, they aim to take a 15% share in the company and include the state railway organisation as a strategic partner.

Italy must send its fiscal framework to the European Union Commission on Monday, who will be able to reject it and request changes. The reaction from Brussels has already been negative, with commissioners even threatening to reject the proposal before receiving it.  They have predicted it will raise Italy’s debt even further, which is concerning given it already stands at 132% of GDP, the second-highest debt-to-GDP ratio in the Eurozone.

Prime Minister Giuseppe Conte remarked on Sunday that the budget marks “a change of gear for Italy.” This is in part because he believes it will remove “the gap between the political elite and civil society” which he claims has created “abstentionism.”

He stated that he believed the EU would soften its stance after the government has properly elucidated its growth strategy. Di Maio has also stated Italy “will succeed in convincing the EU.”

Silvio Berlusconi, however, has called the budget “a disaster”. He stated, “it will produce many negative effects on the savings of Italians and on the values of exchange. The men in government still have time to change it”.

Yet in light of the stubborn stance recently adopted by ministers, as well as the discovery of a Pollster study that only 38% of Italians do not support the plan, radical change by ministers at this stage seems rather unlikely.