Pope and archbishop to be canonised at Vatican 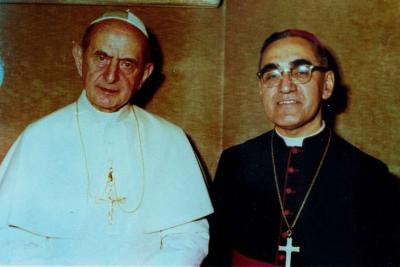 VATICAN CITY – Pope Paul VI and archbishop Oscar Romero will be canonised on Sunday in a ceremony at the Vatican.

Paul VI was head of the Catholic Church for 15 years from 1963 until his death in 1978, while Romero was martyred in 1980 while celebrating Mass in El Salvador.

The canonisation will be celebrated by Pope Francis in St. Peters Square during the Synod on Youth which is currently taking place in the Vatican.

Both figures were extremely influential in the work of Caritas, a Catholic charity set up to provide support for the most vulnerable people throughout the world. Paul VI inspired the inception of Caritas Internationalis and Caritas Italiana, while Romero was a co-patron of the organisation, and bishop for the poor.

In order to mark the sainthood of the two men, branches of the organisation are convening for a special event in Piazza Santa Costanza in Rome, where Caritas president Cardinal Luis Antonio Tagle will celebrate Mass.