Books: The Rome we have lost 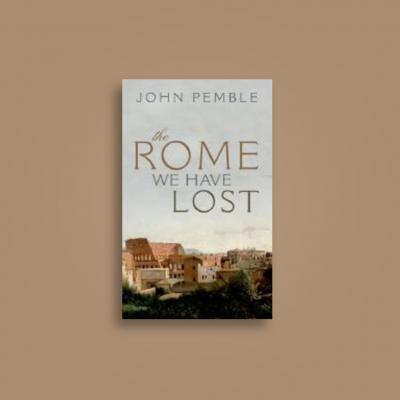 When Piedmontese forces ended papal rule by occupying Rome in 1870, many resentful Romans referred to them not only as ‘Piedmontese’ but ’Italians’.

It indicated the difference they felt from the  ‘inferior’ invaders.  Previously Rome had been not been just a national but a world capital.

According to John Pemble, a historian of Bristol University, Italy reduced Rome’s lustre rather than Rome adding to Italy’s.  And he claims that the European Union failure to generate ‘any sense of supernational loyalty ‘ is partly due to the replacement of Rome (as its focus) ‘and the common destiny of identity and purpose that it shaped and nurtured.’

Pemble contradicts the standard view that papal Rome was  put permanently on the back foot because of the Protestant Reformation and the condemnation of Galileo.

He argues that by the 17th century it had regained a leading role by its admirable urban renewal and architecture, its encouragement of, and collections of the arts as well as by refurbishing its liturgy, doctrine and pastoral practices.  He quotes Thomas Macauley in 1840 writing ‘it is full of life and youthful vigour.’

His thesis is that, although papal Rome had many setbacks historically, it always managed to bounce back with renovated approaches. But the 1870 occupation of Rome, dividing the Vatican from the city as a whole, sent it into a spiral.

Is the downward spiral continuing?   Pope Francis seems to want to remove the adjective Roman from Roman Catholicism and the current Roman mayor, Virginia Raggi of the Five Stars Movement, seems complacent about the degradation of the city.

Elected two years ago on an honesty platform  after unsatisfactory centre-left and centre-right administrations, she has proved inadequate. The transport system has gone from bad to disastrous.  Municipal buses do not keep to schedule and often break down or catch fire.  Bus, tram and metro frequently strike.  The roads are marred by holes which cause some fatal accidents and garbage collection is haphazard.  Falling trees are a death threat and public parks poorly tended.  The city centre is overrun with fast food joints, cheap Chinese stores and men in gladiatorial dress who pester tourists.

It is enough to increase nostalgia for an earlier Rome as suggested by the title of Pemble’s book.

His is not just a lament – he admits the energy of Rome as national capital and the attention of such people as Pier Paolo Pasolini, poet, novelist and movie director, to the peripheries of the city whose inhabitants have increased from 220,000 to almost three million since 1870.

And he admits some of the defects of pre-1870 Rome such as rubbish-clogged streets and  frequent flooding by the Tiber.  United Italy strengthened the river’s embankments.

He would have reached different conclusions if he had widened his range, for instance examining  other filmmakers or novelists as well as Pasolini or figures of popular culture, such as the Rome soccer star Francesco Totti, who seems to embody the sardonic, earthy spirit of the earlier Romans and what one traveller called ‘their patient, affable casualness.’

He claims that Rome is now just another big European city like London and Paris.  But, unlike them, until now it has been free of Islamist violence – perhaps it is doing something right.  And initiatives by citizen groups such as providing funds to buy and plant new trees or fill road holes themselves show a  reaction against the lame administration.

However Pemble is more interested in the relations of modernity to heritage than in chronicling Rome and he handles complex questions deftly which induces readers to look anew both at Rome and the role the papacy has played there.

The Rome We Have Lost

which he will present, with Tomaso Montanari, at the Foreign Press Club, via dell’Umiltà 83/c,Rome at 6 pm on November 12th.