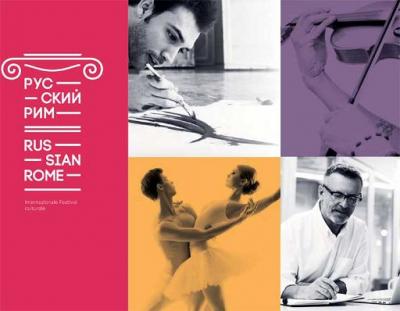 ROME – The second edition of ‘La Roma Russa’ festival, taking place in Italy from Nov 7 to 10, is looking to establish points of cultural connection between Moscow and Rome.

The idea for the festival was only pitched a year ago, “and now we are here” said Vladimir Torin, the chairman of the festival’s organising committee, in the press conference on Monday.

Torin mentioned princess Zinaida Volkonskaya as an inspiration for the idea of the festival. 200 years previously, she pioneered the dissemination of Russian culture across Europe, bringing together the greatest writers and artists of her era.

Following in Volkonskaya’s footsteps, Torin hopes that the festival will be “a wonderful tradition”, providing the opportunity for emerging personalities to display their creativity, which in turn “can promote Russian culture abroad.”

The festival also comes as a follow-up to similar initiatives organised in Russia, with which ex-ambassador to Moscow Antonio Zanardi Landi was involved. During his time in Moscow, he “understood the influence of culture, and grasped the incredible response from the Russian public towards Italian cultural events,” he said at the press conference. “I hope that this festival has the same success as the Italian initiatives did in Moscow,” he continued.

This year, ‘La Roma Russa’ is included in an official programme of “Russian seasons” in Italy, a project showcasing the best of Russian culture, with which over 70 Italian cities are involved.

The festival will open on Nov. 7 with a documentary titled “Ivan Turgenev, a Russian European”, and culminates on Nov. 10 with a ceremony at the Palazzo Poli, during which a prize-giving for all the contributors towards the promotion of Russian culture in Europe will take place.