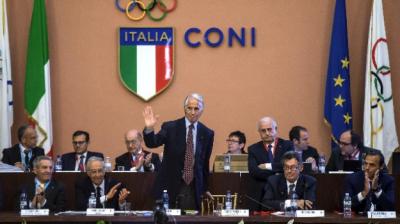 ROME – The Italian Olympic Committee has approved the joint bid for the 2026 Winter Olympics from Milan and Cortina d’Ampezzo, according to the governors of both regions.

Veneto and Lombardy had previously announced their intention to continue with the two-way bid, after plans to host the games alongside Turin fell apart, as irreconcilable differences between the cities were cited.

The mayor of Turin, Chiara Appendino, urged CONI to rethink their approach, stating that a bid without Turin was “incomprehensible”. Meanwhile, the governor of Piedmont asked the governing body to “recoup a position for the Olympic mountains of Turin”, a city that has previously hosted the Winter Olympics back in 2006.

However, governors of both Veneto and Lombardy announced on Monday that CONI President Giovanni Malagò “has signed the document for the Milan-Cortina bid for the 2026 Olympics on snow.”

Representatives from CONI also confirmed that the bid has officially been sent to the International Olympic Committee.

From this point, Milan and Cortina have around 90 days to submit their joint proposal for the competition. It is estimated that 600 million euros will be required to support the bid, but winning the nomination will provide around 41,000 jobs, a consequence that has convinced politicians such as Salvini to support the endeavour.