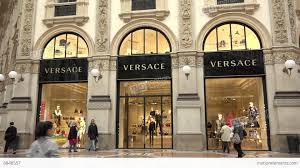 The handbag maker will be acquiring Versace for $2.1 billion, including debt, providing Kors with a gateway to the European high-end fashion market.

Following the deal, Kors will change its name to Capri Holdings Limited but it will retain all the original brand names. Kors also controls British high fashion house Jimmy Choo.

“The deal has been signed” said the American holding group specifying that the Versace family will be a minority shareholder, receiving $150 million in shares.

“Donatella Versace will continue to have a key role in the creative vision of the company” said Kors holding CEO John D. Idol.

This marks another signature Italian fashion house being sold to international investors effectively no longer under Italian control. Versace has followed the path of competitors such as Fendi, Gucci and Bulgari – all sold to French fashion giants Lvmh and Kering.

Versace’s new objective is to double revenues under the new management over five years. A clear investment strategy aimed at increasing boutiques and further developing e-commerce.