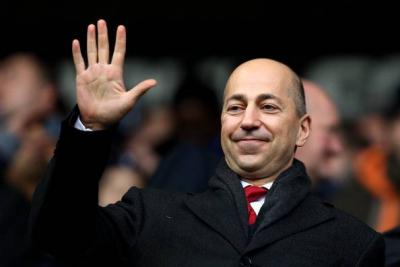 ROME – Ivan Gazidis, chief executive of Arsenal Football Club has resigned from his role to take up a position with the Milan outfit, Arsenal have confirmed.

In a statement on the club’s official website – www.arsenal.com –, the London team has announced the promotion of two current staff to higher managerial positions, as chief executive Gazidis departs to join AC Milan as CEO.

The South African joined Arsenal in 2009, “having played a key role in the creation of Major League Soccer in the United States”, Gazzetta dello Sport reports. He navigated the financial constraints of having moved to the Emirates Stadium in 2006, and still oversaw three domestic cup triumphs, as well as eight consecutive years of Champions League qualification.

Gazidis has called this move “the hardest decision of his life” in a message to the club’s fans, but believes it is the right time to step aside and remains “excited to see what the future holds for this great club”. He will continue working at Arsenal until the end of October, before beginning in Milan on the 1st December 2018.

AC Milan President, Paolo Scaroni, has lauded the new CEO’s experience of the football industry, a quality that was a significant factor in his appointment. He is “certain that [Gazidis] will bring about the same developement at AC Milan” as he has at Arsenal. Gazidis himself has expressed his enthusiasm for his new role, excited to begin working to “restore [the club] to its rightful place in football”.