“We can turn it around”: Inter positive ahead of CL opener 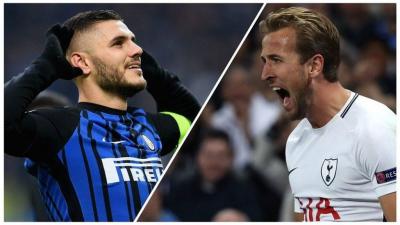 ROME – Inter manager Luciano Spalletti has looked to instil confidence in his players in the run-up to their opening Champions League group match against Tottenham. In his pre-match press conference on Monday, he addressed the disappointing loss to Parma at the weekend, making it clear that he “did not like the urgency in the last ten minutes”, as his team searched for an equaliser. Putting the defeat behind them and “getting back on track” is paramount, according to the manager, who has identified the clash with Tottenham as a perfect opportunity to do so. He appeared adamant to refute any claim that the time between matches – just over 48 hours – would affect his team, emphasising that a competition as prestigious as the Champions League “should always be a target for a club like Inter”. The form and condition of star striker Mauro Icardi was also brought into question, but Spalletti firmly defended the Argentinian, instead placing the onus on the whole squad to “get the best out of him” against Tottenham.

Mauricio Pochettino’s side are looking to bounce back to from two defeats in a row in the Premier League, including this weekend’s 2-1 loss to title rivals Liverpool, who also kick-off their European campaign tonight at home to PSG. In a bid to recover some form, the Tottenham manager has left defenders Kieran Trippier and Toby Alderweireld out of his squad, due to “technical reasons”, according to the BBC. Both played key roles in their countries’ successes at the World Cup this summer as both England and Belgium reached the semi-finals, Trippier, in particular, providing valuable goals and assists for England. It remains to be seen whether such a gamble will pay off, and if Inter can find a way to unlock Mauro Icardi’s potential, he could well be a handful for what will be a new-look back line for Tottenham.

The English side will hope that Harry Kane can rediscover his fine Champions League form, having scored 9 goals in 10 appearances in the competition throughout his career. The striker has, by his standards, had a somewhat modest start to the domestic competition, with two goals and an assist from the opening five games, but has been well supported by Christian Erisken and Lucas Moura, whose brace propelled Tottenham to a stunning 3-0 away win at Manchester United’s expense earlier in the season.

With a lot to gain for both teams, not just a winning start in the Champions League, but the potential of reinvigorating their domestic campaign, this fixture promises to be an intriguing affair.