Steve Bannon to team up with right-wing Catholic Institute 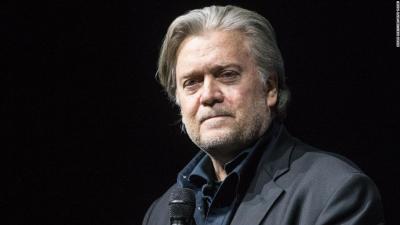 ROME – Former Trump white house advisor Steve Bannon is helping draft a curriculum for a leadership course to be held at a right-wing Roman Catholic institute in Italy, official sources said on Monday.

Bannon is collaborating with Dignitatis Umanae, as he aims to spread conservative thinking beyond politics.

Director of the Rome-based institute, Benjamin Harnwell, told Reuters Bannon had been collaborating with the institute for 40 years. The institute’s objective is to “promote the dignity of the human being through the support of Christians in public life”. Bannon’s collaboration with the institute marks its intention to create a new catholic leadership far from Pope Francis’ ideas, leaning towards a conservative and traditionalist establishment.

Cardinal Raymond Burke, an outspoken Vatican conservative and President of the institute’s board of advisors, said Bannon will hold a key position at the institute.

The ex-Trump advisor wants to create a populist front within the Catholic Church. This follows Bannon’s intentions to spend much of his time in Europe forming a populist “movement” based in Brussels after the Nov. 6 US congressional elections.

Bannon will also help the institute raise funds in both Europe and the United States. Harnwell will be advising Bannon on building a Brussels-based populist front that will endorse far-right parties, such as the League in Italy and the Front National in France, at the next European elections.

The Vatican has not released comments on this story yet.

Harnwell said the institute is in the process of launching two leadership programs – one described as “an academy for the Judeo-Christian West”, which Bannon is contributing to, and another which will foster pro-life Catholic social teaching. The president also stated that the institute “takes no view on the Pope” or his policies.

Burke has led the conservative movement that has sharply criticized the pontiff since his election in 2013. The cardinal has refereed to Islam as a threat to the West – a view strongly endorsed by political campaigns of both US president Trump and Bannon.

Burke has met several times with Italian Interior Minister and leader of far-right movement Matteo Salvini and is in regular communication with Bannon.

Salvini met Bannon himself earlier in September. The Interior Minister announced his endorsement of the Bannon populist movement, constructed to disrupt the European Union in the next elections.