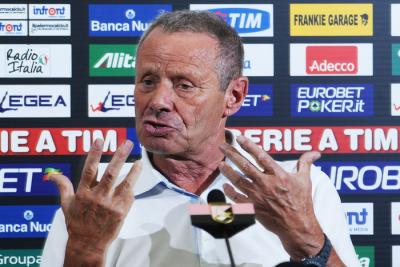 Finance Police found that Zamparini had credited personal bank transfers to an account with a Swiss bank, hoping to avoid possible foreclosures by the Tax Agency, to whom he owes tens of millions of euros.

An investigation, coordinated by the Sicilian prosecutor’s office and led by financiers of the Central Economic Police exposed crimes of false company documentation, hindering the work of the Supervisory Commission on Professional Football Clubs (Covisoc), the authority that oversees the balancing of club accounts, to obtain certifications on financial statements.

The probe also revealed fraudulent subtraction of tax payments and self-laundering of money, amounting to an “administrative offense committed for the benefit of the company,” a Finance Police statement read.

“In order to make such money transfers possible, funding would have been simulated towards Mepal S.r.l.,” they added. “The same money remained, ultimately, unused and was only returned when needed by the club.”

Public prosecutors Dario Scaletta, Andrea Fusco and Francesca Dessì had requested the seizure of over 50 million euros from Palermo, under charges of false accounting and the recycling of accounts between 2013 and 2016. However, investigating judge Fabrizio Anfuso dragged the figure down to one million.

The prosecutor’s office had also called for the arrest of Zamparini about a month ago, although Anfuso rejected this measure. The son of the Friulian entrepreneur, the club secretary and five others have been linked to Zamparini’s illegal practices.

The football team managed to continue playing throughout the legal and financial turmoil, although their Serie B season ended with a playoff defeat to Frosinone.