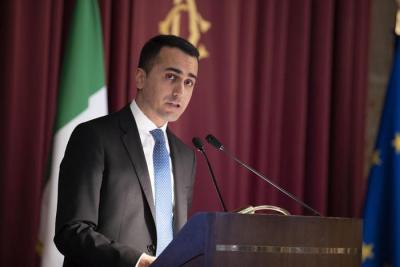 ROME – Minister of Labour and Economic Development Luigi Di Maio took a swipe at the European Union’s directive on copyright, featuring two articles that could censor the web, representing “a serious danger” as he plans to provide 30 minutes of free internet each day, political sources said. Ratcheting up the government’s Eurosceptic rhetoric, the leader of the anti-establishment Five Star Movement also threatened to introduce tariffs to protect Italian goods.

Speaking at an ‘Internet Day’ conference, Di Maio described internet access as a fundamental right of every citizen. “The web is at the centre of change, and this change cannot wait any longer,” he said, adding that he hopes to create “a State that intervenes and provides a free Internet connection for at least half an hour a day to those who cannot yet afford it.”

President of the Chamber of Deputies Roberto Fico, also a M5S member, supported Di Maio’s proposal, labelling it “a priority issue of this government,” which is “looking to the future” by offering access to this “extraordinary space for sharing and knowledge.”

However, Di Maio cited the dangers of the projected European copyright reform, stressing it posed a threat coming “directly from the EU,” including “two articles that could gag the web.”

“We would oppose [the reform] with all our strength, starting from the European Parliament,” adding that, “we are also willing not to implement it,” if the directive remains as it is.

In response to Di Maio’s attack, an EU Commission spokesperson emphasised that the reform, specifically Article 13 on content uploaded by users, “is not ‘censorship’ and does not constitute a general monitoring obligation.”

European Parliament president Antonio Tajani joined the EU defence saying, “I don’t agree with Luigi Di Maio; we want to defend authors and artists from the excessive power of platforms which exploit their works without fair remuneration.”

Opening up the possibility of more protectionist policies, which could defend Italian exporters against unfair competition, Di Maio underlined that “we must not be afraid of talking about tariffs,” although he avoided providing details.

“If tariffs serve to protect our products it’s right to talk about them. It’s another taboo to be broken,” the Deputy Prime Minister said. Political commentators suggested his remarks indicate that the fledgling Italian government is stepping up its Eurosceptic rhetoric, possibly taking a leaf out of the agenda of the President of the United States Donald Trump.