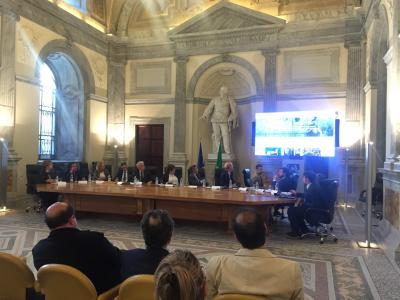 The itineraries will be carefully created and include information and travel plans regarding each specific destination, and thereby broadening the tourist map of Italy by encouraging people to go beyond the well-known areas. They will be tailor-made in order to highlight links to the specific history, art, culture, craftsmanship, food and drink from the region, and so will allow travellers to engage with the history and traditions of the country.

In addition to this, it intends to encourage the wider travel culture by attracting people from around the world, to create new job opportunities and to support Italy’s socio-economic development.

The first territories focused on are the Lunigiana, the Monferrato, and the Brianza, and in time Matera, the Valle Camonica, the Bergamasca, and the Mantovano will be added, along with others.

The President if Trame d'Italia Antonia Pasqua Recchia was clear that “it's not about marketing or a tourist portal”, but rather an effort “to enhance the heritage” and “to create a slow tourist approach to the so-called minor territories.”

Daniele Rossi, CEO of Trame d’Italia, acknowledged that the brand is still developing and growing, saying “we know that the road is going uphill” but “the country needs it,” and shared that the initiative aims to reach 300,000 travellers in the first 5 years, and 1,000,000 in the first 9 years.

Rossi stressed that in addition to "enhancing the many precious and little known Italian territories," the project also hopes "to help make travellers more aware of the true cultural values and therefore better citizens.”