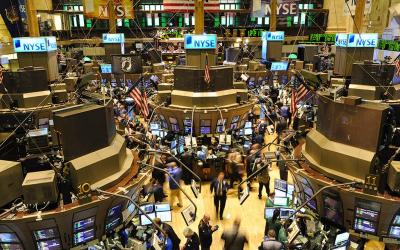 VATICAN CITY – Pope Francis has released a document in which he criticises the capitalist system that he’s experienced throughout his five-year papacy.

It is called "Oeconomicae et pecuniariae quaestiones", (Economic and Monetary Questions), and is devoted to “considerations for an ethical discernment on certain aspects of the current economic-financial system.”

The 16-page text sticks to Catholic social doctrine and addresses issues and attitudes that the pontiff considers are worsening global inequality.

On the one hand, the document proclaims that money can be used for productive means, to create jobs and to help the market work according to its laws.

“Money in itself is a good instrument [...] and is a means to order one’s freedom and to expand one’s possibilities.”

However, it also states: “Nevertheless, the means can easily turn against the person.”

“No profit is in fact legitimate when it falls short of the objective of the integral promotion of the human person, the universal destination of goods, and the preferential option for the poor.”

Although Francis recognises that those who work in the financial world are generally “animated by good and right intentions”, he also remarks that global markets have become “a place where selfishness and the abuse of power” thrive. This has “the potential to harm the community beyond match”.

A financial practice which is heavily criticised in the document is the use of offshore accounts in order to avoid taxation on wealth, which it deems as “damaging for the civil society as a whole.”

The pope therefore shares his concern about implementing necessary state controls for responsible financial practices, as well as training, which do not “create and diffuse a profoundly amoral culture”.

The text, which was approved by Francis and signed by the Archbishop Luis Ladaria and Cardinal Peter Turkson, concludes by calling everyone to work towards making the financial system a fairer place.