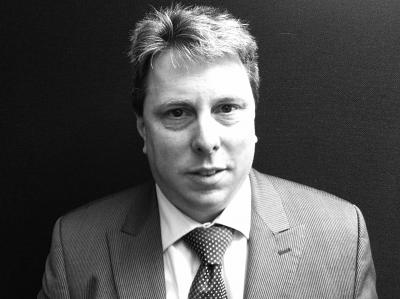 LONDON -- The world must act now to prevent a ‘1930s moment’ and a ‘downward spiral’ into economic catastrophe, said the International Monetary Fund recently. IMF managing director Christine Lagarde said the global economy faced a ‘defining moment’ in the battle to avert a rerun of the Great Depression.

She called for a ‘larger firewall’ to protect Italy and Spain from the debt storm raging in the euro zone. In a speech in Berlin, the former French finance minister also urged Germany, the biggest economy in Europe, to take a lead in tackling the crisis and shoring up the single currency.

It came as European finance ministers met to try to thrash out a new deal to rescue Greece and stave off a debt default and the break-up of the euro. Gikas Hardouvelis, an adviser to the Athens government, warned that the 17-nation bloc would collapse if Greece leaves the currency. ‘If Greece is left to go, then the market will ask who is next and the euro zone will dissolve,’ he said.

However, you can start to question the rhetoric coming from the IMF when you look at how markets have rallied this year despite the continuing ‘bad press’ surrounding the Euro. Indeed the relative strength of the Euro in comparison to Sterling over the past year goes some way to indicate that it’s a case of the people leading the markets and not the markets leading the people.

Pension savers have also been buoyed by the stock market’s best start to a year since 1989 and market analysts reckon a bumper 11 months lay ahead. Shares on the FTSE 100 have jumped by more than three per cent so far this month, adding thousands of pounds to pension’s values, and will be felt particularly by those a few years from retirement. It marks the largest January rise for London’s top companies in 23 years with the last weeks marking the best weekly gain since 1989. Maybe the Ftse is set for a break-out year, which could start to reverse the severe damage done to Britain's pensions over the past 12 months.

Since 1945, the stock market has risen in January 45 years out of 67. Some 37 times (82 per cent of cases) shares rose in the following 11 months. Other analysts looking ahead at 2012 point to positive signs on the so-called 'January indicator'. This takes market performance on the first and fifth day of each year as harbingers of the months to come. This year, the FTSE 100 was up 2.23 per cent on Jan. 3, the first trading day, and 0.72 per cent over five days. In nine of the past 11 years, a rise on the first day was the beginning of positive twelve-monthly performance.

A pick-up is desperately needed by big final salary pension funds, who have suffered terribly from euro zone fallout.  A report by Hymans Robertson, the consultants, found that pension funding deficits - the gap between their assets and how much they are likely to have to pay pensioners - at the 350 biggest UK firms have now hit £43bn. That's a rise from £67bn at the beginning of 2011. These margins have been one of the greater drivers in the massive growth in the Pension transfer market using QROPS (Qualifying Recognised Overseas Pension Scheme). Much of the fall was due to a dip in corporate bond yields, according to Clive Fortes, at Hymans, who warned that funding deficits could increase further.

Recovery in the stock markets will largely depend on whether European leaders can find a resolution to the sovereign crunch that is plaguing the likes of Italy, Spain, Greece, Portugal and even France. A better-than-expected recent auction of French and Spanish bonds raised hopes, but banks and institutional investors still remain reluctant to dive into European national debt without strong backing from key leaders, such as German chancellor Angela Merkel.

The world’s economic recovery could still be in the hands of the Chinese. Furthering their relentless pursuit of all good things ‘western’ such as fine wines and cheese, Rolls-Royce managed to sell its highest number of cars in its history in 2011, and it was all thanks to demand in China. The luxury British vehicle producer, which has been a figurehead in British motor history for 107 years, sold a record 3,538 motors last year. This means sales were up 31 per cent on the year before, dominated by demand for its Phantom and Ghost models.

The previous record year for the firm was back in 1978. It’s demand in the Asia Pacific region for the luxury cars which is driving the surge in business. Last year, sales in the region were up a whopping 47 per cent. China was the largest market in the world, followed by the United States, United Kingdom, United Arab Emirates and Saudi Arabia. And Rolls-Royce knows exactly what it is doing. It launched a $1.6million 'Year of the Dragon' model to celebrate Chinese New Year. If you think that price tag is a deterrent, you'd be wrong. Rolls-Royce sold out of the model in just two months after it going on sale in August last year.

What is even more remarkable is the fact that China maintains some of the highest taxes in the world for luxury goods, adding as much as 60 per cent to the cost. It’s good news for the British car maker and shows that its quality made luxury cars are still very much flavour of the month, even after all these years.

This market review was put together by Steve Jacobs, Northern Europe and Italy Director at Imperius Asset management.