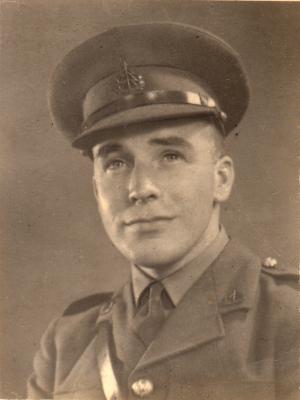 ROME – Captain Charles Ridley, a soldier and top foreign correspondent for UPI, climaxed an extraordinary career with a worldwide scoop by breaking the news of the 1981 assassination attempt on Pope John Paul II, and was a colourful inspiration for his fellow reporters.

“Chas” Ridley joined the United Press in London upon demobilisation from the British Army at the end of the Second World War. He fought in the Battle of Monte Cassino and was awarded an immediate Military Cross while serving in the 56th Reconnaissance Regiment during the 8th Army’s advance to Cortona. Ridley’s first foreign posting for the UP after a spell in London was in Warsaw from 1950-1 where he found himself plunged into the difficult diplomatic atmosphere of the Cold War as Moscow sought to consolidate its hegemony over Poland and wipe out the rump of the Polish Home Army that had survived the Warsaw Uprising against the Nazis in 1944. He cemented a lifelong friendship with Poland that had started when he fought alongside General Anders’ Polish 2nd Corps in the front line sangers at Monte Cassino.

During 48 years of service with UPI as it became, Ridley was a star correspondent for the agency in Budapest, Rome, Paris and Vienna covering the the Algerian war of Independence and the Prague Spring. In many ways apparently the quintessential hard-drinking, hard-fighting and hard-loving foreign correspondent in his youth, Ridley also was a highly civilised operator who spoke fluent French, German and Italian as well as having good Polish and Spanish.

Ridley developed a passion for Italy during war service and an assignment in the Rome bureau in the 1950s when he savoured the start of the dolce vita era. During a famous dinner in Rome for an important United Press client, the Italian news agency ANSA, Ridley reputedly outraged UP vice president Julius Humi by expressing his frank opinion as a soldier of the Italian war effort, declaring "I piss on you Italians."

He transferred to Paris where he reported the singer Edith Piaf's comeback and perfected the art of driving around the Eiffel Tower in his sports car in reverse. The vast Paris bureau of UP in the rue des Italiens overlooking the bustling Boulevard des Italiens was at the heart of the romantic news agency's mystique and the setting for the spoof novel about agency journalism The Kansas City Milkman written by Ridley's friend Reynolds Packard. Ridley liked to call the street outside the office "this boulevard of broken dreams." The two men had got to know each other in Rome where Packard, a Fallstaffian figure, worked for the New York Daily News after being fired by the UP in China. George Weller, a Pulitzer-prize winning journalist for the Chicago Daily News, knew both men and worked with Packard in China but judged that Ridley was by far the better reporter.

Ridley's musing over broken dreams was not lost on the staff at the nearby Harry's Bar, the watering hole favoured by reporters where Chas in high spirits one night hurled a stool through the huge mirror behind the bar. Colleagues said they could tell when Ridley had enjoyed a particularly agreeable evening as the next day he would wear dark glasses no matter what the weather. Some American colleagues felt Ridley was trying to forget the horrors he had witnessed at Monte Cassino though Ridley always modestly played down his gallant record.

Covering the war between the FLN and the French Army in Algeria, he found himself being wooed at a bar in the poor European neighborhood of Bab El Oued by Hungarian members of the French Foreign Legion who felt he could help them win their last stand against the FLN guerrillas and the French Government who they saw as betraying Algerie Française. "I woke up the next morning in my hotel and thought 'thank God I haven't joined the Legion,'" he recalled later.

Ridley's sympathies were with the pieds noirs European settlers who were forced to leave Algeria after independence in 1962 when their hardline leaders' shot at right-wing revolution failed. He acknowledged, however, that although the French Army, spearheaded by the Foreign Legion, had defeated the FLN militarily, Gen. De Gaulle was right to concede that independence was inevitable. "You can win by massacring people but independence was the way the wind was blowing," he reflected.

After two assignments in Paris, the second as news editor overseeing the UP network in Francophone Africa as well as coverage of France and the Maghreb, Ridley turned to reporting a constellation of bewildering Arab conflicts and coups in the Middle East where he was Beirut Bureau manager covering the vicious start of the Lebanese civil war. After the Lebanon, Ridley was appointed news editor for Europe, the Middle East and Africa based in London before returning to Rome in 1980 for a final 14 year assignment covering the Eternal City.

On May 13, 1981, Ridley was monitoring Vatican Radio’s report in the sun-drenched UPI newsroom in the Ansa news agency building as he did every Wednesday, listening closely to the Polish pope holding his weekly general audience for pilgrims in St. Peter’s Square. When Turkish terrorist Mehmet Ali Agca shot and seriously wounded the pontiff and John Paul slumped onto the seat of his popemobile, chaos broke out in the Square but Ridley passed the news to UPI bureau manager Jack Payton who rapped out a bulletin precede alert dispatch signalling editors worldwide of a major news break -- “shots fired in St Peter’s Square during papal audience.” Ridley and Payton then filed full details of the attack to the wire directly as reporters Philip Pulella and Daniela Iacono raced to the square and the Gemelli Hospital where the pope had been rushed for surgery, sending back colour and eyewitness reports from the scene.

Unbeknown to Ridley at the time he was alone with the story for a full 13 minutes -- an extraordinary beat on a major global story that threatened to upset the strategic balance between East and West. His competitor at the Reuter Rome bureau was on the phone to a girlfriend as the office radio was not working while the bureau chief at the AP and an intern struggled to deal with a baffling computer system with which they were unfamiliar. UPI’s Rome bureau received a dlrs 100 bonus from the agency’s foreign editor in New York for the beat, which was welcome relief as the underdog agency struggled to survive and give the lie to AP and Reuter claims that UPI was too understaffed due to financial problems to be able to provide a competitive report any more.

Ridley’s unflappability during major news breaks reflected his coolness under fire and disdain for his personal safety as an officer during the Second World War. As a teenager he had planned to go to New Zealand to try his hand at sheep farming on the Canterbury Plains. He favoured New Zealand because it was relatively close to the fabled South Sea islands. If sheep farming proved too strenuous, or otherwise failed to come up to its expectations, he would sail on to Polynesia and become a beachcomber. He never did get to New Zealand, however. He was booked to sail aboard the P&O liner Mooltan on Sept. 12, 1939. But nine days before that the Second World War broke out. He cancelled his sailing and made his way to Whitehall to join the Army.

Commissioned into the Queen’s Own Royal West Kent Regiment, Ridley was mentioned in despatches while serving with the 56th Reccy during the Allied invasion of French North Africa. On June 30, 1944, during the advance of the 78th division from Castiglione de Lago on the western shore of Lake Trasimene, his troop of armoured cars ran into heavy enemy resistance while he was sounding out the ground for the 8th Army’s advance to Cortona. After overcoming a German strong point on the lakeside, his leading armoured car was ambushed and its commander wounded.

Getting down from his own vehicle, Ridley walked forward to locate the enemy positions before directing the fire of his troop’s turret guns to allow the damaged car to be withdrawn and the wounded NCO evacuated. Moving through the close wooded country still on foot, he directed the fire of the armoured cars’ main armament to where he could see the enemy, holding them down until a troop of tanks could be brought forward to give him support and allow the advance to continue.

His citation for the MC commented that his conduct was an inspiration for all those around him while the 56th’s regimental history credited him with accounting for eight Germans personally during the engagement.

Charles Walter Hays Ridley was born in 1921 in Aberdeen where he lived until the age of 9. His father then moved the family to Tottenham, north London, and became mayor of Southgate in Coronation Year.

Ridley retired to his home by the Thames at Barnes, London, at the age of 73 in 1994. He is survived by his wife Julia, whom he married in 1969, and by two daughters, one of whom is a journalist at the BBC, and a son. 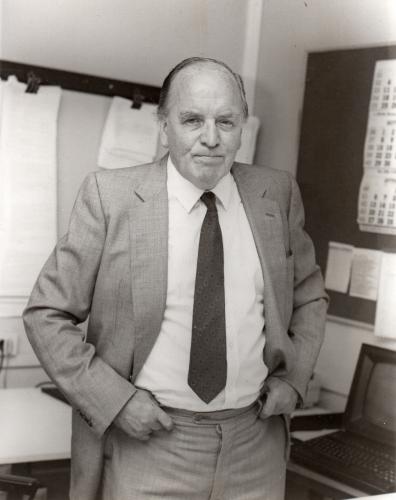 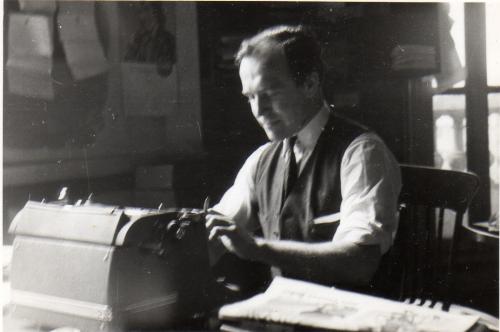