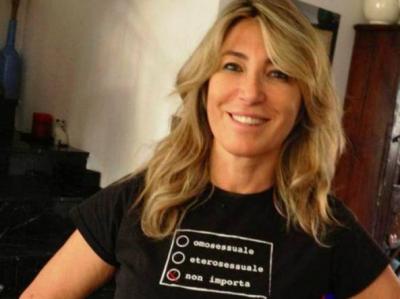 ROME- “To continue our race, concrete support for mums is needed”, said Patrizia Prestipino, Democratic Party representative, in an interview to Radio Cusano Campus . She later apologised for her choice vocabulary which has been followed by outcry from the public and fellow politicians.

She told the radio station, in a discussion over the recent creation of a “Department for Mums”, within the Democratic Party: “In Italy, less and less children are being born and parents usually get left to their own devices. There are no longer mums in Italy, do you realise that we are the oldest country in Europe? We are a country that is at risk of having no more young Italians in a few decades”.  She then said that government support for mothers is important for the continuation of the Italian “race”, otherwise “we risk extinction in Italy”.

Prestipino later made a public statement apologising for using the word “in an incorrect way”. She explained “I used the term ‘race’ in the context of a discussion on nationality. I openly apologise for the use of this term that, over anything else, had nothing to do with the discussion”.

The Leader of the Italian Left, Nicola Fratoianni, replied to the remarks saying “in the unconvincing attempt to defend the decision to create in that party [PD] a Department for Mums, she argued its necessity to continue the Italian “race”. I want to remind her that, as Albert Einstein said, there is only one race. The human race”. He went on to joke that she had been affected by the hot weather over the last few days. PD colleagues have also been vocal in their disapproval of her phrasing. PD politician Michele Anazldi wrote on Twitter: “Dear @patriziaprestip, you would be doing the right thing if you retracted your use of the term ‘race’ immediately”. He reposted his speech reproaching Tg1 (a national TV station) for using “race” in a program and his letter to then Minister Boschi in 2015 asking for the removal of the word from Article 3 of the Constitution.

Matteo Salvini, leader of Northern League, took an opposite stance and opposed the backlash, who wrote “Long live mums! #stoptheinvasion” on Twitter.

Prestipino is a member of the PD’s national board and director of the party’s department for animal protection. She is a staunch Renzi supporter and seen as a close associate of his. She was in the limelight in May for being the woman in red photographed hugging Renzi, who had just been newly appointed as party secretary in the primary elections.