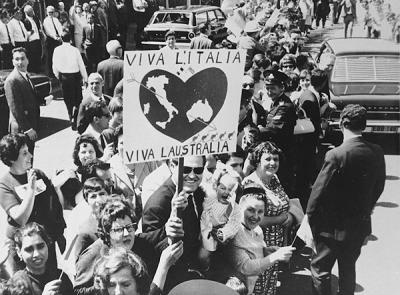 ROME - 2016 saw 285,000 Italians leave their homeland in search of a better living abroad, according to the latest 2017 Dossier from IDOS, Italy’s Immigration Research Centre. This is more than the number of foreigners who arrived on the peninsula; 181,000 last year, with 200,000 expected this year.

Graduates and Phd research doctors go abroad to study, despite the government having invested about 9 billion euros into education. The “brain drain” is costing the country. And two thirds of them do not come back. This is partly made up for by the influx of immigrants, more and more of whom have qualifications, especially those coming from Eastern Europe.

IDOS’ statistic is taken from various sources. ISTAT, the Italian National Institute of Statistics, recorded 114,000 Italians who were no longer residents. However, not everyone officially changes their residence. In Germany and the UK, official statistics have shown a figure three times higher than ISTAT for the last three years. Hence IDOS’ multiplication of ISTAT’s data by 2.5. AIRE, the Registry of Italians Resident Abroad, have shown that 224,000 Italians are residents abroad, 55 percent of whom left for work-related reasons.

Where are they going? After Germany and the UK, the next most popular destinations are Austria, Belgium, France, Luxembourg, the Netherlands and Switzerland. Europe accounts for 75 percent of Italian migration, whilst in the rest of the world they favour Argentina, Brazil, Canada, the United States and Venezuela.

The OECD, (Organisation for Economic Co-operation and Development), has placed Italy eighth in the world in the ranking of new emigration countries. With an average of 87,000 emigrants from 2005-2014, the number has more than doubled in the last two years.

According to Franco Pittau, president of IDOS, Italians do not return because they find jobs abroad that related to the degree they studied. Further IDOS data shows that 20 percent Italians have a lower level of employment in Italy than level of qualification would hope for. This figure rises to 40 percent when immigrants in Italy are taken into account. Leaving brings with it new opportunities. For refugees here in Italy, however, their emigration is motivated by wars and persecutions.

The demographic of Italians leaving has changed over the years. In 2002, 51% of those who emigrated had the equivalent of GCSEs, whereas now this percentage has fallen to 30%, with the number of graduates increasing.

Immigrants are vital to Italy’s population. Pittau comments “Italy needs between 200-270,000 young people to not get too old”. IDOS has predicted that "the foreign resident population will rise to from 4.6 million in 2011 to 14.1 million in 2065.” Without them, no one would be able to handle the elderly. The old-age dependency ratio (the relationship between 65+ and 15-64 year olds) will go from 30.9 to 59.4 percent. The future, according to IDOS’ data, relies on immigrants.