Salerno braced for migrants as Sicily closes ports for G-7 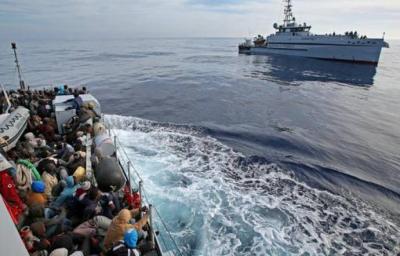 NAPLES - As the G-7 nears and spotlights are turned on in the city of Taormina for the upcoming world summit, the closure of Sicilian ports are likely to cause inconvenience for immigrants.

Already speculated days ago, officials have communicated that sea entry points to the Italian island are due to close for a minimum of 13 days as part of security measures.

Although the international meeting officially starts May 26, starting Monday May 22, all island ports will be off-limits and no boat will be allowed in the vicinity.

As indicated by the head of police Franco Gabrielli in an issued police directive, authorities must furnish protection for the heads of state that will participate in the two-day summit. Therefore, incoming ships carrying migrants from the already overcrowded Mediterranean Sea will thus be forced to dock elsewhere.

While ports within the ‘G-7 security area’ will experience a complete lockdown next week, orders from the local perfect have already announced a broader directive, gradually limiting all port traffic starting May 15, stating that: “there has been a need identified for the gradual reduction of boat landings in Messina, starting Monday and a progressive effort to avoid trafficking the ports around the island.”

With the port of Salerno identified as a probable second alternative destination for re-routed migrant boats, after Reggio Calabria, intense weeks are likely to come for an already complicated situation surrounding refugees in the Salerno area.

Trying to prepare and face an unexpected number of migrants over the next days, all the people involved in welcoming activities have been busy with the reconnaissance of men and supplies. Volunteer groups and associations have also been rounding up clothes and essential items in case of need.

All immigration welcome services are getting ready to honourably aide the unknown waves of suffering people. Yet, one of the greatest worries that clouds the operation, is the possibility of having to house and take care of non-accompanied minors. With saturated social homes unable to host any more minors, other young people arriving could result in further malcontent and dissent for an area where just the City of Salerno itself already hosts around 300 asylum seekers.

The Campania area is not foreign to territorial turmoil for its high numbers of refugees. Just three months ago, Mayor of Benevento Clemente Mastella criticised his fellow administrator in Vitulano for refusing to host refugees in a letter to the Prefect, stating:

“More than 400 migrants (of which 60 are in the SPRAR system), are hosted on this territory which is notably higher than the agreed upon 2.5 people per 1000 inhabitants by the Anci-Ministry agreement,” he writes to solicit an ‘equal distribution’ of asylum seekers. “The situation could become explosive.”

Sicilian ports are to be reopened at midnight May 28th once all heads of state will have left the area.