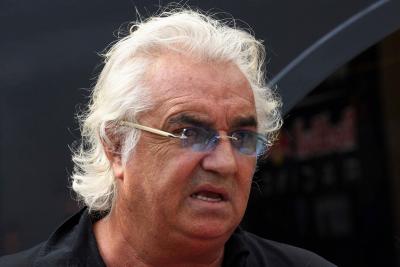 LECCE--  The Twiga Beach Club in Otranto, part of the Twiga brand created by extravagant entrepreneur Flavio Briatore, has been sequestrated by local police in the province of Lecce after areas of the luxurious resort are suspected of being developed illegally.

The foundations, the swimming pool, the solarium and the clearing for the car park are all unauthorized developments that should not have taken place without planning permission from the council, police sources said.

Two members of the project are currently being investigated by the local authorities for illegal development.

The president of Cerra SRL, Mimmo de Santis, and Pierpaolo Carridi, the designer and leader of the works, are the two men implicated in the affair.

The brother of Pierpaolo Carridi, Luciano, is the Mayor of Otranto and is running as a candidate in the upcoming elections.

Cerra SRL is the company which acquired the Twiga brand from Briatore, and the Formula One entrepreneur’s company, Billionaire Lifestlye, has denied any wrongdoing in the project.

“Billionaire Lifestyle, owner of the Twiga brand, announces it has been suspended in accordance with Cerra SRL itself, until the situation is clarified at a judicial level, the only link connecting the two companies, is the licensing contract of the Twiga brand,” said a statement released by the company following the news.

The company also stated its objective is “to protect the Twiga name and that of its founder, Mr Briatore, that all have nothing to do with inspections currently taking place.”

“We reiterate that Mr Briatore is not a member of Cerra SRL and has no link to their business,” concluded the statement.

Mimmo de Santis has said that all the works carried out by Cerra SRL are “legitimate” and that the seizure of the latest Twiga Beach Club is only “probatory”.

De Santis hoped that the situation would be fixed shortly, in order to avoid “additional damage to the finances and the image of the company and the interested investors, whose fundamental values are respecting the law, protecting the countryside and sustainable development of the land.”