Scandal over fake “Made in Italy” extra virgin olive oil 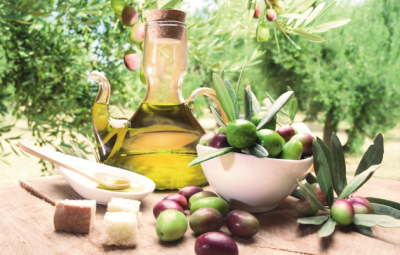 What does "Made in Italy" actually mean?

ROME-- An investigation by state-run RAI televsion has disclosed that many so-called "100 percent Italian" olive oils on sale in the peninsula actually come from all over the world.

The average Italian consumes 11 litres of olive oil per year, often paying for the “Made in Italy” accolade which promises good quality. However one in every two bottles with the 100 percent Italian guarantee is actually fake, as confirmed by the most recent investigation conducted by Mi Manda Raitre. On analysing the composition of 20 bottles of extra virgin olive oil, the program discovered that only six bottles conformed to the standard requirements.

The investigation carried out by RAI has tried to solve two simple questions: where does the oil that Italians buy come from? Which oils is it made with? The result was worrying: more than 50 percent of bottles that claimed to be 100 percent Italian actually contained oil made with olives grown in North Africa, the Middle East, Turkey, Greece or Spain.

The percentage was even higher when only looking at certified “DOP” products: in this case four out of five bottles contained foreign oils. In one case, the laboratory even came across an oil difficult to identify from a genetic perspective, probably genetically modified.

There are some well-known brands among those investigated: from Carapelli, supposedly 100 percent Italian, sold for €10.20 a litre, which is in fact made with mostly Greek, Turkish and Tunisian produce to Ariolo, an organic Italian brand, on sale for €5.96 a litre, and made with a mixture of Italian and non-European oil.

In spite of the numerous investigations and sanctions, worryingly for consumers, it would appear that the Italian olive oil sector is still ruled by dishonesty. When examining production and consumption rates, it’s clear that something doesn’t add up.

For example, in the current 2016-2017 season, which is about to come to an end, Italian companies barely produced 200,000 tonnes of product when the national consumption is at 600,000 tonnes. The discrepancy between these two figures exposes the true content of the oil consumed daily by Italians.