Learning the art of culatello from Massimo Spigaroli 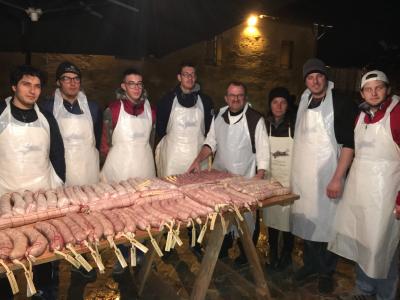 Spigaroli (centre) and his students. Melissa Kelly of Primo to his left

PARMA-- I travelled north to Emilia Romagna to sample the delights of the region and above all to all see first-hand the work of one of Italy’s most renowned chefs, Massimo Spigaroli, as he taught a group of chefs, both trainee and experienced, the art of Salumi and, above all, that of the legendary Culatello.

Italy is a country that keeps a tight grasp on its traditions, and food is nothing if not an Italian tradition. In the case of culatello you could hardly find a more jealously guarded trademark. There are 22 producers of the salumi in the entire country, each proudly laying claim to the DOP mark. As we explored the 500-year-old caves beneath the Antica Corte Pallavicino farmhouse, around 45km north-west of Parma, the names for whom individual culatello had been reserved spoke for themselves, among them Massimo Bottura of La Francescana, Prince Albert of Monaco and Michelin starred chef Davide Scabin. At this point of the tour, any cynicism as to the quality of culatello had long been wiped away.

But what is culatello? To me, a young English student, the name didn’t sound very familiar and yet whoever I told of my plans to visit seemed overawed and jealous in equal measure. Culatello itself is made by taking the hind legs of the best free-range pigs possible, cutting away a great deal of the meat to be left with the fillet from the pig’s thigh and then curing the meat in natural pork casings for close to two years. Simple enough. And with a sharp knife, plenty of pigs and a bit of patience surely you could expand production beyond Signor Spigaroli’s farm of 7000 culatelli a year?

I’m being flippant. What Signor Spigaroli has managed to do is to take a process and elevate each step using an ingenious combination of traditional techniques and modern mechanics with the sole goal of creating the best possible product. 84 euros a kilo doesn’t sound a fair price for a pork productbut the sheer amount of money, effort and craftsmanship expended justifies the cost. As Spigaroli said to his students, “Ogni movimento ha un riferimento” or “Every action has a consequence.” It isprecisely this mindset that feeds into everything the team at the Antica Corte Pallavicina does.

It is this bond with the land that makes the story of Culatello and the farm so compelling. As Spigaroli explains to one of his students as he carelessly piles salami, the meat is alive. To Spigaroli the animal itself may be dead but, more importantly, the essence of that animal lives on. What could flippantly be dismissed as a sausage is to Spigaroli, and his knowledgeable staff, the result of years of nurturing, cultivation and tradition. In fact, when asked what makes his process so special, he draws a parallel between champagne and the way its origin is a fundamental source the quality. Spigaroli’s “sources are the caves beneath the old manor house that has been converted into his Michelin starred restaurant. Spigaroli has a hand in every step of the process, and will continue to fight for his methods despite the attempted intrusion of EU regulation. The best Salumi may not always please bureaucrats but I think Massimo would be rather proud of that.

Spigaroli is a man who places a great deal on emphasis on his family heritage. His family have been farming and managing Antica Corte Pallavicina, as the name suggests, since antiquity, but to take him as a chef blindly following tradition for its own sake would be a grave mistake. As we are led through his tiny butcher shop on his land we come to understand his methods. He intentionally kept the caves in which the meat is stored and where it is processed separate in order to give it a chance to be exposed to the unique air in the Po valley. His butchers are trained using machinery custom-made for the job. The most striking aspect of this is the fact that he refuses to line the walls of his assembly line with stainless steel. So important is the air and the terroir which surrounds his meats and forms the unique ageing mould that it is simply not acceptable for Spigaroli to deprive them of it. A culatello will age for at least 18 months but Massimo will not allow the process to be interrupted, even for a single day.  He is willing to go against the wishes of various governmental bodies in his pursuit of perfection and continues to fight for his right to age his meat in the unfiltered air of the Po valley in the same caves used for the last 500 years.

For Spigaroli, food is deeply personal; it is the final form of the union labour and nature in forming the final product. This idea of the synthesis of nature and craftsmanship is present throughout the process when making the infamously complicated Culatello di Zibello DOP. Spigaroli, like most Italians, takes immense pride in his province and the history that accompanies it. Of course, he wants to preserve its traditions, whether food or history, but he is also a keen to share his traditions and in doing so maintain them.

Spigaroli, 59, is unmarried and has no children to whom he can pass on his knowledge and skills. These skills and knowledge can be acquired after paying 2.200 euros for a five-day course perching on the lap of an artisanal master demonstrating the finer points of knife work. In this way serious chefs can hone their skills as well as those who wish to explore  the culinary world of salumi.

Among those attending was Melissa Kelly, owner of Primo, anaward-winning restaurant in Rockland, Maine (as well as two other locations in Orlando, Florida and Tuscon, Arizona), and her chef Dustin Martin. She is the 2013 James Beard Foundation Award winner of the American Express Best Chef: Northeast Award. She also received this award in 1999, making her the first 2-timer. In doing so it quickly became clear that there are several parallels between a man who runs his business in a building that has stood since 1550 and two trendy chefs more suited for the cover of a food magazine then the mucking out pigs. As we spoke it became clear that these chefs did share far more than may have met the eye. Kelly and Martin constantly referred to their “duty as chefs” and their commitment to support local farmers. Kelly’s two restaurants outside Maine are in Marriot hotels, not typically associated with the farm-to-table ethos, and showed how tastes had changed drastically after the hotel group approached her. Spigaroli and Kelly are trying to do very similar things at different stages of their careers. Of course, it would be to severely underplay her achievements to say that Kelly is at the beginning of her journey; she has opened three restaurants and employed hundreds, but she too wants to create beautiful produce that will appeal to the consumer whilst still being in touch with its source. In taking this course she admits to have learned from a man who believes food is so much more than just nourishment. It reflects tradition but, in the eyes of Kelly, provides an opportunity to embrace production with an eye on sustainability. Spigaroli’s course enables chefs to understand not only the process of making produce but also toappreciate the impact that great food can have on the community at large.

As he says at the end of our stay, “I am just the current guardian of the traditions; they do not belong to me.” Perhaps he may see himself as its guardian but to the rest of Italy he is an enigma; the face of a skill so familiar in terms of its taste and so inaccessible in terms of its creation; and most importantly the last in a family line running back 150 years. Despite the weight of history on his shoulders and the personal plaudits he has received he knows that what he produces and the way it is done will be around long after he is gone. The opportunity to share in this tradition is an immense public good; the world needs more Massimo Spigaroli’s. In times where food production has become one of the great issues facing humanity it is heartening to know that some things stay the same. And with the sustainability and efficacy of his methods in mind, maybe change isn’t such a good thing after all?

As I left Mr Spigaroli to his pigs, his musty caves and his proud creations, I wondered if what I had witnessed was tradition or technology, or maybe- in this cynical age- an unusual combination of them both. 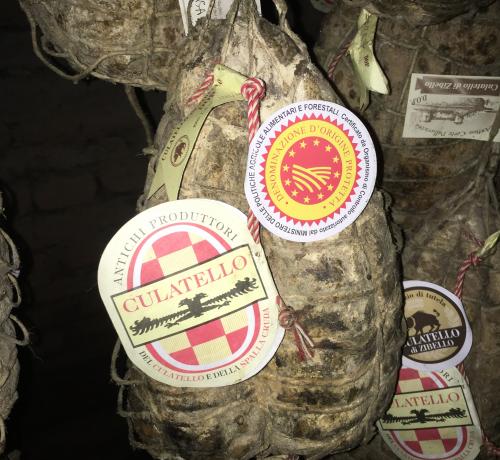 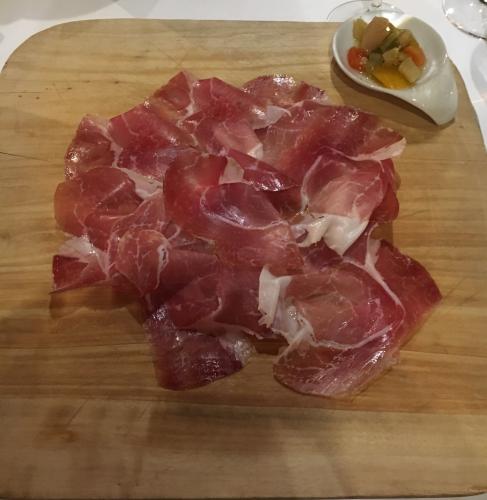