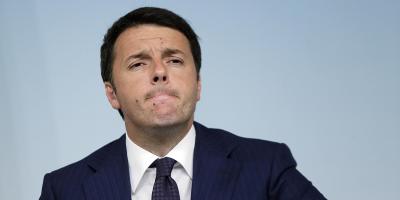 ROME - As political rhetoric heated up ahead of the Dec. 4 referendum, critics accused Prime Minister Matteo Renzi of stealing the political ideas of the notorious P2 masonic lodge for his constitutional reforms.

The argument was laid out in detail by Aldo Giannuli, a historian based in Milan who is one of Italy’s leading experts on the political shenanigans of the cold war period.

Professor Giannuli is the author of “From Gelli to Renzi. Going via Berlusconi,” which highlights the similarities between Mr Renzi’s reforms and the political programme developed by Licio Gelli during the 1970s. His book was published in October. Mr Gelli’s Propaganda Two masonic lodge was outlawed in the 1980s after it emerged that the secret association had turned into a powerful “state within the state,” to which many members of the military, social and political elite belonged. The venerable master of P2 was suspected of involvement in the Bologna station bombing in 1980 and of the murder in London of banker Roberto Calvi two years later, but was never prosecuted for either crime.

As part of an anti-communist plan to strengthen the powers of the executive and provide Italy with stable government, Mr Gelli drafted a series of political manifestos, which he considered implementing either as part of a military coup or by resorting to widespread corruption.

A relatively little-known project known as “Scheme R” calls for a reduction in the number of parliamentarians, the abolition of the provinces, and the unification of the two chambers of parliament, which was then to be divided into two sections, one political and the other technical.

The scheme resembles some of the core proposals of Mr Renzi’s reforms, which include the reduction in the number of senators and a restriction of their powers to primarily regional issues. Prof. Giannuli argues that P2 was not simply a coup-plotting organisation but the crucible of a sophisticated political project that has survived until the present day. Though the project had inevitably evolved over the course of four decades, it was the same in essence as the project for which Mr Renzi was seeking a democratic endorsement in the referendum, he said.

“The dominion of the executive over parliament, the devaluation of the principle of representation, the compression of the organs of control and guarantee,” were all key elements of the Renzi plan, Prof. Giannuli said. “This reform realises the dream of Licio Gelli. There’s no need to evoke plots or conspiracies, it’s enough to reconstruct the political thought to understand where this reform comes from.”

Prof. Giannuli, who has acted as an adviser to the anti-establishment Five Star Movement, said the centre-left Mr Renzi had appealed to right-wing voters to support his reforms because they were part of a right-wing project. “It’s quite logical that he should do so.”

The fact that similar reforms were advocated by Mr Gelli in the past does not mean, obviously, that the proposals are necessarily misguided. Another proposal from the masonic Scheme R reads: “Drastic reform of the state bureaucracy… to eliminate waste, increase efficiency and improve relations with citizens.” It is also a priority of the Renzi government, but few could object to it.

Writing on the website of the London School of Economics, Italian academic Valentino Larcinese has argued for a “no” vote in the referendum on the basis that the reforms will not deliver what has been promised and have been arrived at by an unsatisfactory method.

The reform will mark a shift towards a de facto quasi-presidential system embedded in de jure parliamentary institutions, Prof. Larcinese said. “This is a system where parliamentary checks on the executive would be severely limited. At the same time there is no reason to expect that the reform will have any positive impact either on the functioning of Italy’s public administration or on its economy.”

As to the parliamentary process that led to the approval of the reforms, Prof. Larcinese observed: “The proposed reform is not the outcome of an open parliamentary deliberation but rather of party discipline and short-term political considerations. This method to change a constitution deserves to be rejected in itself and independently of the content of the reform.”

The reforms do have powerful backers, however. The Economist has reported on the enthusiastic support of many of Italy’s business leaders for this “once in a generation” opportunity for change, while the Financial Times struck an apocalyptic note: “On December 5, Europe could wake up to an immediate threat of disintegration,” if the “noes” were to prevail.

Following Brexit and Trump, Mr Renzi’s referendum could unleash powerful political forces across the continent, French political scientist Marc Lazar has warned: “Italy is like a seismograph. It registers tiny political tremors that then spread to Europe and the rest of world as bigger shocks.”