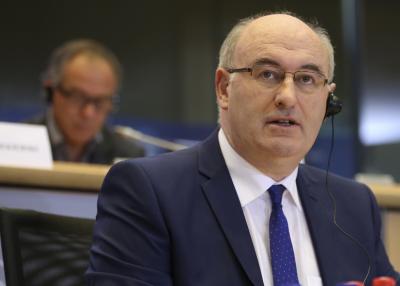 ROME -- Following the recent declarations of Phil Hogan, European Agriculture Commissioner, announcing his plan to allocate 15 million dollars a year to promote meat consumption in Europe, plus another 4 million starting next year to open new markets for European beef abroad, Slow Food has decided to take the lead of a broader coalition of organizations of the civil society, which has sent a letter to the EU Commissioner today underlining why and how his plan needs to be changed.

Meat consumption and its resulting production are urgent themes, especially since COP22 is now underway. Industrial livestock farming is one of the main causes of greenhouse gas emissions (14.5 percent of the total) and occupies 70 percent of agricultural land, bringing with it deforestation, biodiversity loss, soil impoverishment and the depletion of water resources. The European Union’s objective to reduce greenhouse gas emissions is striking now that the Paris Climate Agreement has just come into force (Nov. 4, 2016) and introducing measures to further increase meat consumption will undermine the EU’s credibility and commitment to tackle climate change.

Besides its implication on climate change prevention, increasing industrial meat production will affect small-scale producers, who often represent a source of income in marginal areas that would otherwise risk depopulation and abandonment, resulting in hydrogeological risks and rampant urbanization. Moreover, increasing meat consumption will badly affect European health systems, since high levels of processed meat and red meat consumption are associated with various diseases including obesity, heart diseases, type-2 diabetes, several cancers and an elevated risk of all-round mortality. Currently in Europe each individual citizen consumes an average of almost 80 kilos of meat a year, a figure that is too high.

Carlo Petrini, founder and president of Slow Food, declares: "What Slow Food suggests is to promote better-quality meat consumption, a meat which has been produced following the philosophy of the good, clean and fair process: rewarding those farms that work sustainably, pay attention to animal welfare and use local breeds. This better quality meat production is also healthier and less harmful for the environment. Too often agricultural production does not guarantee an adequate return for producers, and paradoxical situations are created in which raw materials are traded for a price lower than their production cost, impoverishing producers and often driving them out of the market."

The letter urges the Commission to take concrete action to support a fundamental reorientation of the meat sector in Europe towards smaller volumes, higher quality, respect for animal welfare, higher environmental sustainability, lower emissions and a reconnection between the livestock and arable sectors.