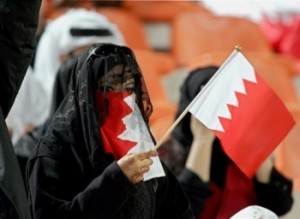 ROME -- ‘’The regime has shown itself to be the real criminal,’’ was the comment Khalil Al Marzooq, secretary of Bahrain’s main Shia opposition party Al Wefaq, made in Rome while engaged in what he called 'outreach'. Before all the party's 18 members of the 40-member lower house - the sole elected body in the country - resigned in late February to protest the crackdown, he had also been first deputy speaker of the National Assembly. Recently he was sent abroad by the party to draw attention to what is happening in Bahrain and gain international backing for such demands as fair representation in government, judicial independence, and an end to impunity for the ruling family.

On September 28 life sentences for eight political leaders and human rights activists were upheld in a military appeals court in the small oil-rich Gulf state of Bahrain. Thirteen others had sentences confirmed ranging from 2 to 15 years in prison in proceedings lasting less than five minutes, in which defendants were prevented from presenting evidence or making statements in their defense.  Seven were tried in absentia.

The following day 20 medical staff were sentenced in a 7-minute court session to between 5 and 15 years for such crimes as ‘’forcefully occupying Salamaniya Medical Centre’’, ‘’spreading false news’’ and ‘’inciting hatred to the regime and insulting it’’.  The doctors had been arrested after refusing to halt treatment of those wounded in the protests, and human rights organisations say many have provided ‘’consistent and credible accounts’’ of being tortured into giving confessions.

Bahrain’s protests began on February 14 and have never actually stopped, despite the laying down and subsequent lifting of martial law, the razing of the capital’s main monument and over 30 mosques, the military occupation of the country’s main medical centre and the sending in of Saudi-led Gulf troops to support the Sunni ruling family’s violent crackdown. Despite over 40 killed, 1,500 detained, journalists, activists, teachers and doctors targeted, and despite pleas for support from the international community triggering little response, the battle rages on.

Al Marzooq was educated at a Saudi Arabian university and only turned to politics in the 1990s, when protests were widespread and eventually led to elections in 2002, the country’s first elections since the National Assembly (Parliament) was dissolved in 1975 after refusing to pass the State Security Law of 1974. He was elected in both of the polls his party took part in, in 2006 and 2010, and was involved in al Wefaq’s struggle to bring to light a number of property scandals in the intervening years, showing that the ruling Al Khalifa had illegally transferred a large share of public property to private hands. It has been found that the royal family took for themselves and their close associates nearly 10% of public land, with the iconic and lucrative Bahrain Financial Harbor sold for 1 dinar (about 2 euros) in 2005 to Prime Minister Sheikh Khalifa Bin Salman Al Khalifa, the longest serving – and unelected – prime minister in the world.

As an MP Al Marzooq was highly involved in the international non-profit, non-partisan group Parliamentarians for Global Action, in which he worked for Bahrain to ratify the Rome Statute and for expanding membership of the International Criminal Court within the Mediterranean and Middle East.

In the few days he has been here, Al Marzooq has been received at the Italian Senate’s Human Rights Commission and the Chamber of Deputies’ Foreign Affairs Commission, but noted that the questions seemed largely focused on what sort of influence Iran has, as well as whether the mainly Shia party he belongs to would be drawing closer to the Iranian regime in future. Home to the US’s Navy Fifth Fleet and a counterweight to what is seen as growing Iranian influence in the region, Western countries’ wariness of any sort of criticism towards the ruling family is apparent. Meanwhile, arms continue to be sold to the Al Khalifa regime and used on the Bahraini people.

His response was that ‘’ if what we were after were stronger relations with Iran, would I be here? Don’t you think I would have gone elsewhere if that had really been the case?’’

He has been to the US and a number of European countries in the attempt to inform decision makers and shore up support, and will also be paying a visit to Egypt and Tunisia.

Al Wefaq initially took part in the much-touted National Dialogue talks beginning in July, despite the sham it proved to be and the harsh criticism for doing so from much of its constituency. However, as it became blatantly clear that it was providing legitimacy for talks structured to achieve nothing of substance, it pulled out.

As for the Bahraini Independent Commission of Inquiry (BICI), the forming of which was the initial reason they had agreed to take part in the dialogue, he claims that many in the country have placed their hopes in the international credentials of Cherif Bassiouni and the others leading it. The commission ended the fact-finding phase of its investigative activity on September 30 and will be releasing its conclusions at the end of October.

Meanwhile, the list of tortured, sentenced and officially ‘’disappeared’’ people grows ever longer. This week alone saw the president of the teachers union sentenced to 10 years in jail and its vice president to 3, two members of a national sports team to 15 years (of the 150 athletes targeted as part of the crackdown), and 45 women arrested for protesting in a Manama shopping mall, as well as the two trials mentioned at the beginning of this article.

The only truly independent newspaper in the kingdom, Al Wasat - whose editor-in-chief was forced out of his position and whose founder Al Fakrawi was tortured to death in custody in the spring after going of his own accord to the police station - was prevented from even covering the recent by-elections last Saturday to fill the places in the Parliament left empty by Al Marzooq and his fellow party members. Turnout was abysmally low at 17.4%.

Massive lay-offs have occurred, focused on those belonging to the Shia sect. Job places for which advertisements have gone out in Syria, Pakistan, Jordan and other Sunni-majority countries, with the country’s demographics already having changed a great deal over recent years due to similar attempts to increase the Sunni share of the population. Protestors suffering injuries and others are too afraid to go to the hospital.  Those students returning to university – many were thrown out after participating in protests or expressing support for them on social networking sites – will be required to sign an ‘’oath of loyalty’’ to the Al Khalifa family.

Al Marzooq notes that being well known abroad is one of the few ways to hedge risks available for those trying to bring about change.  He cites cases in which individuals who slipped from the public eye paid dearly for it in terms of the resulting impunity in which the regime acts.

The individual case garnering the most international press coverage is that of the 20-year-old Bahraini poet Ayat Al Qurmezi, whose reading of an anti-regime poem at the Pearl Roundabout protest was widely broadcast around the world. She was granted house arrest in July following international pressure - but not before being subjected to electroshock treatment, beatings and threats of rape at the hands of ‘security forces’, who reportedly held her mouth open while they spat in it. Fadhila Mubarak Ahmad, on the other hand, the first female to be arrested during the protests, is currently serving a four-year sentence for ‘’offending a public official, calling for hatred of the ruling system and taking part in illegal protest’’.   She had reportedly been arrested at a checkpoint and found to be listening to ‘’pro-democracy audio files’’. 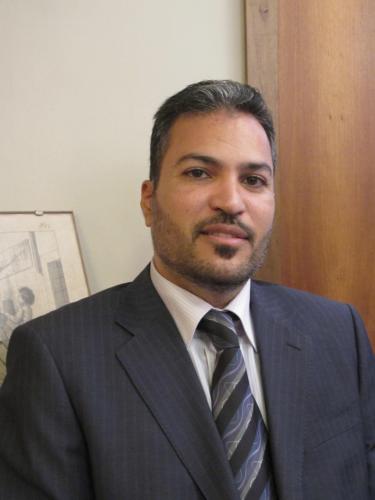