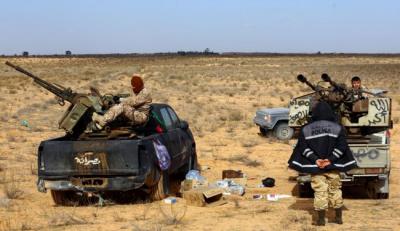 TRIPOLI — Italy has sent special forces into Libya for the first time with the aim of “training, conditioning and supporting” soldiers in their fight against Islamic State, it has been revealed. The decision has been met with much opposition from the likes of Forza Italia, Italian Left and the Five Star Movement.

Palazzo Chigi, the office of Prime Minister Matteo Renzi, is making efforts to re-open the Embassy at Tripoli as quickly as possible, and has nominated Giuseppe Perrone as its new ambassador.

The move has been decided on to support the United Nations, as well as to confirm Italy’s loyalty to the United States and as kind of hidden power contest against France, who were heavily involved in the downfall of Ghadaffi. It is also a response to Prime Minister Fayez al Sarraj’s request for humanitarian aid in the country.

According to defence sources, the forces that have been mobilised include a few dozen members of the elite corps and commandos from COMSUBIN, the 9th Parachute Assault Regiment, the Italian Air Force and the Carabineri’s special anti-terrorist unit.

The commandos were deployed a few weeks ago to carry out operations in Tripoli, Misrata and Bengasi, but not in the IS stronghold of Sirte.

Mohamed el Ghasri, the general in charge of operations in Sirte, confirmed: “There are no Italian special forces present here.”

The Italian Prime Minister was the one to authorise the mobilisation of special forces, using regulations drawn up last November that allow the premier to deploy special troops to support intelligence missions abroad.

To this end, the troops will not depend on the Ministry of Defence, but instead will be coordinated by intelligence services, and will consequently enjoy the same guarantees as are made to secret service agents, including the right to commit crimes in certain situations.

Sources stress that no Italian soldier has taken part in “operational actions or fighting” and that every project has been agreed on with Libya’s government in accordance to “clear rules of engagement.”

The special forces’ first mission was to help out militia supporting the Libyan Prime Minister in Tripoli and Misrata. The commandos then helped to train special forces in the area, with a particular emphasis on guerrilla tactics and mine clearance.

Serraj has asked for more intervention of this kind, as well as faster mobilisation of troops and a field hospital. The Ministry of Defence is currently considering his requests.