In Algeria, corruption bedevils the economy 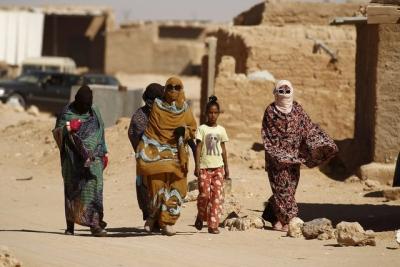 NEW YORK -- Transparency International, the anti-corruption NGO, is a household name in Algeria, where its annual reports are feverishly monitored by citizens. The most recent corruption index ranked the country 88 out of 168 nations, a result which is in line with previous years. Many Algerians believe that corruption has plagued their economy for decades.

It all started with independence from France in 1962, when the “revolutionary regime” promised governance “by the people and for the people”. But Algerians were left out of key decision-making processes.

Bribery really exploded in the 1980s. And when former prime minister Abdelhamid Brahimi declared in 1985 that “corruption had cost the country some $26 billion [Dh95.5bn] over the last 20 years”, people were ready for change, although little did.

A few years later, millions rallied behind the Islamic Salvation Front (FIS) whose battle cry was that the system was “corrupt and un-Islamic”.

In December 1991, the FIS won parliamentary elections. But in January 1992, the army toppled the president and declared a state of emergency. The army brought back Mohammed Boudiaf from exile in Morocco to become president. He made the fight against corruption his top priority. When he was assassinated in June 1992, Algeria descended into a period of conflict until Abdelaziz Bouteflika won the presidency in April 1999. He also jumped on the anti-corruption bandwagon and claimed he was the architect of “national reconciliation”.

However, corruption persisted. In 2004, Algeria ratified the UN Convention Against Corruption. And in 2006, it set up a national commission to fight corruption. But its seven members were not appointed until four years later. With a lack of government transparency, many in Algeria felt that life was worse than ever.

The Algerian media has frequently accused foreign companies of paying bribes to ensure they obtain contracts.

The 1,216 kilometre east-west highway has been dubbed the most expensive road in the world. With an initial cost of $7 billion, it has thus far swallowed up $13 billion and is still a work in progress. Investigators suggest that a sizeable percentage of the contract value has been distributed through bribes and kickbacks.

According to prime minister Abdelmalek Sellal, more than 2,000 corruption cases were investigated in 2012, but these led to hardly any convictions.

Often those who inform about corruption are taken to court. Indeed, this was the fate of the late El Watan investigative journalist, Abdelhaï Beliardouh, who was kidnapped and subjected to intimidation and torture before he took his own life in 2002.

As the president of the Algerian Association Against Corruption, Djilali Hadjadj, put it: “Algeria needs significant reforms to eliminate red tape and corruption.”

But with an absence of good governance, there are still far too many opportunities to embezzle.

This article first appeared in the National