Talks celebrating Keats' work on anniversary of his death 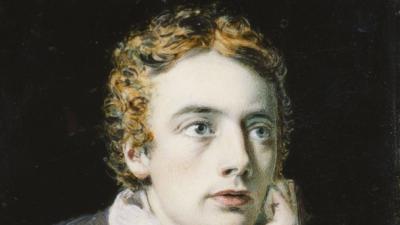 ROME --To commemorate the upcoming anniversary of John Keats' death, talks will be held in the house in which he passed out his final days, now known as the Keats-Shelley House.  One of Britain’s most renowned poets, the English Romantic poet died in Rome, at the foot of the Spanish steps, on Feb. 23 1821.

The talented young poet, known for works such as Endymion, a 4,000-page erotic/allegorical romance based on the Greek myth of the same name, tragically died at the age of just 25 and is buried in the Protestant cemetery near Ostiense.

To commemorate the anniversary of this fantastic and well-loved writer in the very place he died, the Keats-Shelley House is offering two talks – one in English, with the other in Italian.

They will be held on Tuesday Feb. 23 at 4 p.m. for English speakers and at 5 p.m. for Italian speakers.

Advanced booking is recommended, though not essential (info@ksh.roma.it; 06 678 42 35), whilst entrance to the talk is included in the standard museum entrance ticket.

Born in 1795, Keats did not have an easy life, losing both of his parents at a young age and being considered by many of his peers in the poetic circle as “uncouth” and from “the Cockney school of poetry” with many of his early works, such as Endymion, receiving scathing reviews.

In 1818 he returned home to care for his younger brother Tom who was suffering from tuberculosis and it was during this time that he met Fanny Brawne and fell in love.  Many of his letters to her, written from his final months in Rome, can be found in the Keats-Shelley house at the foot of the Spanish steps where he was lodging.  During Tom’s demise Keats wrote works such as Hyperion, which was not finished until after Tom’s death when it was renamed The Fall of Hyperion and remained unpublished until 1856.

Keats contracted tuberculosis himself in the autumn of 1819 and by February of the following year already referred to the present as his “posthumous existence.”  Despite this in 1920 he published his third volume of poetry with works such as The Eve of St. Agnes and Ode to a Nightingale, which are considered amongst his best works.

Later that year his doctor advised he seek a warmer climate for the winter, leading Keats to take up lodging with his friend, the painter Joseph Severn, in Rome until his death.