Algerians wonder about the state they’re in 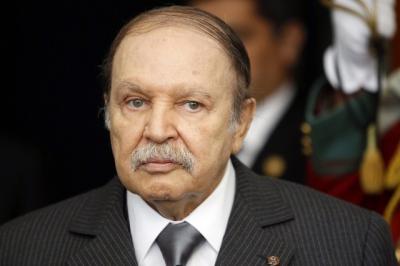 Abdelaziz Bouteflika has been in power in Algeria since 1999

The changes reinstate a limit on presidential terms, give the Berber language official status and disqualify Algerians with dual nationality from running for high public office positions. This particular amendment has sparked criticism among the Algerian diaspora. Algerian MPs passed the reform package by 499 votes to two, with 16 abstentions.

It is not the first time that Mr Bouteflika has amended the foundational text of the country since he was elected in 1999. In 2008, the same political parties approved Mr Bouteflika’s amendment to allow him to run for a third term and a fourth in April 2014. Among the other reforms the assembly adopted is the setting up of an independent electoral commission, even though a similar body already exists.

But what does the average Algerian think of all this constitutional change?

Large segments of Algerian civil society and human rights activists have questioned the content and the adoption of these reforms, claiming that the package simply lacks consensus decision-making. Besides, these reforms have cast a shadow over the 78-year-old president who was re-elected again “in absentia” in 2014. Ever since he suffered a stroke in 2013, Mr Bouteflika’s public appearances have become rare. But he is still eager to remain in office until 2019 and would probably run for a fifth term. This is the man who would refer in his speeches to Montesquieu and Alexis de Tocqueville but in reality he appears to respect neither the letter nor the spirit of the law.

According to Abdelmalek Sellal, Algeria’s prime minister, the reforms guarantee “democratic change by means of free elections” and are “a rampart against the vagaries of political change”. If truth be told, the new constitution does not bring about any meaningful change. Its ultimate objective is to maintain the status quo. These reforms are also meant to prepare for a trouble-free transition amid concerns over Mr Bouteflika’s deteriorating health.

It almost goes without saying that Mr Bouteflika and his inner circle have held a firm grip on power since 1999 and, as the end of his rule appears to draw a little closer, the new constitution is paving the way for a smooth transfer of power. The restructuring of the dominant Department of Intelligence and Security, the sidelining of its chief – Mohamed Mediene (more often known as Tewfik) – and the incarceration of his subordinates are signs that Mr Bouteflika wants to be the only man in control. Opposition leaders have dismissed the changes as a phoney showpiece of legislation. As four prominent university professors from Algiers pointed out, “this new constitution is designed for a regime not a state”.

Former prime minister Ali Benflis, who was Mr Bouteflika’s rival in the 2014 presidential election, condemned the reforms as a “constitutional power grab to sort out the regime’s problems, not to get to the bottom of the issues that Algeria is grappling with”.

Given the tensions on Algeria’s borders, the rise of ISIL in neighbouring Libya and the resurgence of Al Qaeda in Mali and Niger, many observers believe that Mr Bouteflika has lost an opportunity to establish the firm foundations of the rule of law and democracy in the country. Unfortunately, these constitutional changes only serve to amplify the schism between the authorities, the opposition and Algerians. And, as Mouloud Hamrouche, another former prime minister, put it, “the Algerian state has to democratise or it will not continue to exist”.

In light of the show of hands on Sunday, few politicians appear to be in sync with Mr Hamrouche’s assessment.

This article first appeared in The National.