Christmas, the weather, Republicans and the rest of us 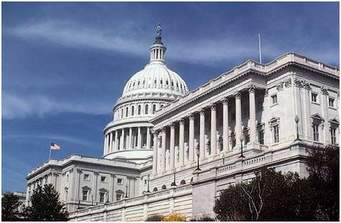 San Salvador, Bahamas - Christmas is a holiday for the American Congress, so the Republican lawmakers who deny the reality of man-made climate change can conveniently ignore the fact that on Dec. 25 the temperature in Washington DC was a balmy 22 degrees centigrade (72 Fahrenheit) - clearly an exceptional event.

As they are financed by major corporations (especially the energy industry), these politicians will not pay much attention to the crisis of the smaller retailing industry. In nearby New York, Corniche Furs' wholesale business slumped 30 per cent this month. And sales of woman’s boots plunged 24 per cent in the first half of December.

They will, of course, also ignore whatever happens outside of the United States (consider that only a third of US senators hold passports). So they will probably not be aware that Sao Paolo, Brazil's largest city, is now rationing water; or that nearly all of South Africa is facing a serious water shortage.

Early this year, the US National Academy of Sciences analyzed in detail how a major drought in Syria - from 2007 to 2010 - was a crucial factor in the civll war that began in 2011. More than a million people left their farms to go to crowded and unprepared cities, where they were inspired by the Arab Spring to rise up against a dictatorial regime which was not providing any help.

And of course, California is also experiencing a dramatic drought, but since this is a Democratic-leaning state, it apparently does not figure in the calculations of the Republican Party.

The 2016 US presidential election is estimated to cost between $4 and $6 billion. So far, only 144 donors have funded over 40 per cent of these costs. The Koch brothers, who are heavily invested in the coal industry, have promised to spend almost a billion dollars to support the candidate of their choice.

Senators who need the Koch coffers to win elections must pay a price for that support. That price is to deny the existence of man-made climate change and to oppose all efforts to take corrective measures.

This can be considered irresponsible, but moral and ethical considerations apparently do not play a role in American elections. The United States has a strong military and powerful institutions, but its leaders rely on a relatively unsophisticated electorate. Political debates focus on marketing and personalities more than vision and policies. And it is easy to use events to manipulate popular emotions.

The recent San Bernardino massacre in California, perpetrated by a pair of radicalized Muslims, was immediately exploited by all the Republican presidential candidates to  claim a macho image and promote their ability to keep Americans safe.

The result has been a competition among candidates to come out with the most radical and absurd proposals - from Donald Trump's call to ban Muslims from entering the US, to Senator Ted Cruz’ recommendation to carpet bomb the middle east, where ISIS operates. Republicans seem to have convinced a large part of American public opinion that President Barack Obama is too weak, while Clinton is not the strong leader who is required in such difficult times.

All this would be just an internal American debate, it it were not for three considerations.

The first is that the 2016 presidential campaign is playing into the hands of ISIS. Their message to Muslims in Europe and America was always the same: You cannot live in a Western world which is the enemy of Islam. Either join us or be considered an apostate.

Since the San Bernardino attack, which left 14 dead, the frequency of hate crimes against Muslims and mosques have tripled in the US, from an average of 12.6 per month to 38. The animosity towards muslims (who constitute  just 1 per cent of the American population) is now a real problem.

The New York Times recently reported on a survey of Muslim students, who now feel obliged to either defend or hide their religious convictions. This is exactly what ISIS wants, but a clash of civilisations between the West and Islam is the very last thing the world needs.

The second consideration is that the presidential campaign is reinforcing the isolationist instincts of the United States. Congress recently voted - on a bipartisan basis - to tighten the rules for waiving visas. About 20 million visitors come to the US each year, and those from 38 countries (including all European countries) can waive a visa by requesting online an Electronic System for Travel Authorization (ESTA). Those who have recently visited Iraq, Syria, or any country deemed to be a high risk, will now be unable to make such a request.

The plan is also to set up American pre-clearance facilities in several overseas airports, where travellers will be subject to immigration and customs inspection before boarding flights to the US. Such arrangements will be requested for airports in Belgium, Norway, the Netherlands, Sweden, Spain, Britain and Japan, as a first step.

This proposal comes with the usual request that all Americans involved in these inspections, including security officers on aircraft, will be subject only to American legal processes. It is question of faith that American citizens can be judged only by American courts, and this already applies to all American troops serving worldwide.

This brings us to the third consideration. Except for institutions dedicated to international relations (like the State Department, think tanks, universities, financial and cultural bodies), American political institutions basically ignore what happens outside of the country. The reading of international affairs is always done with the US as the subject, and the country where an event happens as a complementary object.

The US Congress rarely exchanges visits with other parliaments. And the Supreme Court has indicated several times that international law is alien to its decision-making. The US generally does not ratify international treaties - even the one on the Rights of Children, which was initiated by the American director of UNICEF, James Grant. The US has not subscribed the Law of the Sea Treaty, which would be inconvenient to American Interests.

The takeaway from all this is that the United States can never be second to anyone, and has nothing to learn from others, when the opposite is really the truth. Americans have a great belief in their own exceptionalism or manifest destiny - only Israel has a similar belief in itself.

So the Republican majority in Congress can easily disregard the fact that almost 200 nations met in Paris recently to unanimously agree that the planet faces a serious threat from the use of fossil fuels, and to make an (insufficient) effort to change that trend.

All the Republican presidential candidates have promised to halt any Obama administration initiative that seeks to address climate change, and to cancel any agreements reached at the Paris conference. In fact, in order to accommodate the US, the Paris negotiators could not produce a legally binding treaty, but had to craft a voluntary agreement that could not be vetoed by Congress.

How would an alien landing on Earth react to this news, after hearing that democracy is supposed to be a basic human value? How are we to react to the fact that 51 senators in Washington can counterbalance 7.5 billion people worldwide?

Roberto Savio is founder and president emeritus of the Inter Press Service (IPS) news agency and publisher of Other News.