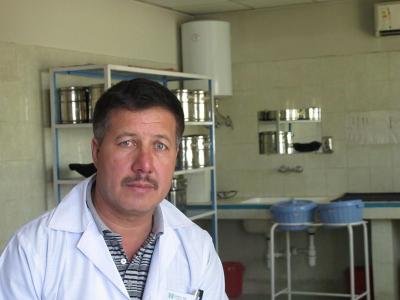 KABUL -- The Esteqlal hospital has seen much in its days. On Darulaman Road near a number of government ministries and a once royal palace, it was flooded with the injured on May 18 last year when I was in the capital: a suicide bombing the Taliban rushed to claim credit for which killed 5 American soldiers, one Canadian and 12 Afghan civilians. Initially funded by the International Committee of the Red Cross, since 2003 the hospital has been receiving funding from the Italian Cooperation, which has channelled it through government ministries since late last year. And that, according to the head of the burns unit Dr Ahmadshah Wazir, may very well be where the problem lies.

Dr. Wazir is tired. He has come in to the hospital on his day off to meet with me, and has to repeatedly turn away nurses wanting his assistance. Within the first few minutes there he is asked for various supplies they have run out of, while one of his friends brings in a few boxes of surgical gloves from the market as a personal favour to him.

The 50 beds on his beat, out of a total of 400 in the hospital, count on 2 doctors and a total of 12 nurses to service one of only two burns units in the country, and has seen rising numbers of those seriously burned both from self-immolation and from the increasing reliance on gas instead of oil and diesel to heat homes, which though more affordable can prove dangerous to those unfamiliar with basic precautions.

The doctors each do 12-hour shifts while the nurses regularly put in 24-hour ones, with 2 male nurses and 2 female nurses on duty at all times. Specialist doctors, as the two in the ward are, get paid $200 per month, while the nurses receive $150. Lack of personnel – citing an urgent need for an anaesthesiologist and sterilisation staff in particular – is a problem, but even more so is the dire depletion of supplies and medicine, with no word on when more will be on its way.

Proper training is also invaluable, of course, as Dr Wazir realises, and was recently one of three Afghan doctors to attend a 3-month training course in New Delhi: Dr Wazir in plastic surgery, another doctor in laparoscopy and the third in cardiology. The course was made possible through a combination of $2,000 from the Afghan government for expenses and a fee waiver granted by its Indian counterpart, and in remembering his time there he speaks wistfully of the 1 nurse to every 3 patients ratio in Delhi hospitals.

He also has glowing words of praise for the ICRC times, when training was provided and such things as sutures were of higher quality, whereas since the Italian Cooperation took over he claims the latter are of poor quality and break exceedingly easily. The ICRC also provided the high-protein meals fundamental for those recovering from severe burns, which the Italian Cooperation has failed to do despite repeated requests. He was quick to point out the urgent need for a cardiometer and central oxygen supply system, so essential for increasing survival rates of those suffering from serious burns and for which he has submitted a request for the past 4 years. Moreover, a lack of staff means that relatives are the ones who often have to help with patients, resulting in a lack of sterile conditions in the ward.

That said, the hospital is kept impressively clean, brightly-coloured slippers lined up neatly just outside the rooms and rigorously scrubbed walls and floors, more so than I have seen in many an Italian hospital. As he takes me through the hospital, the tiles, bed frames, even the hot water heater seem familiar. In fact, the Ariston boiler was sent from Italy and looks barely used; as he points out, it has been out of use for some time due to no spare parts or technical experts available to fix it.

The problem that weighs most heavily on him is that of an ever-more worrisome scarcity of essential medical supplies and medicines. He also notes, with a trace of despair, that the patients’ relatives spend so much money and effort getting to this hospital from across the country that – when he has to tell them that something isn’t available – they sometimes openly accuse him of siphoning off money. Since public healthcare, what little of it there is available, is officially free in Afghanistan, they assume he must be the one to blame. 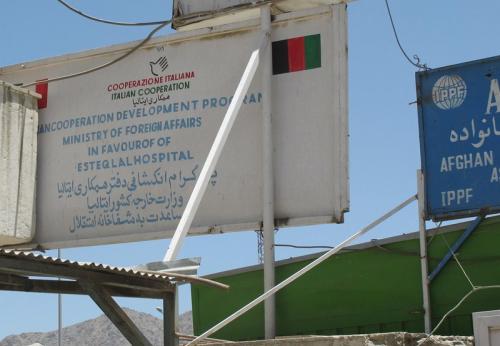 The Esteqlal hospital houses one of only two burns units in Afghanistan. 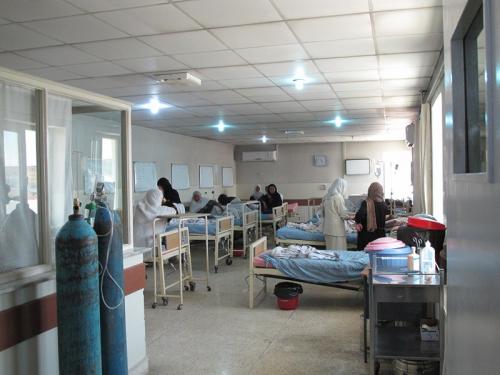